How long do SSD drives last? 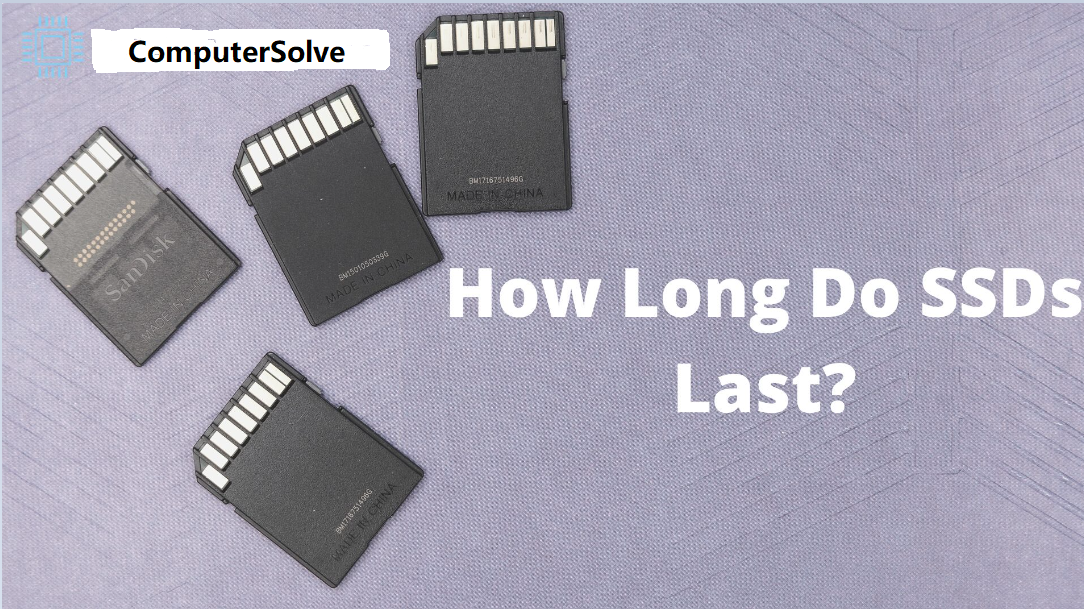 Earlier IT administrators and managers were concerned about the risk of losing valuable data due to a sudden failure. So nowadays solid-state drives (SSDs) are used to handle sensitive data. A NAND flash chip based SSD is a completely different storage media than a traditional hard disk drive that saves its data on a magnetic plate. In this article, we explain how long an SSD drive lasts.

What is ssd drive?

SSD, or solid-state drive, is a type of computer storage device. This non-volatile storage media stores persistent data on solid-state flash memory. SSDs replace traditional hard disk drives (HDDs) in computers and perform the same basic functions as hard drives. But SSDs are much faster in comparison. With an SSD, the device’s operating system will boot more quickly, programs will load faster, and files can be saved faster. Now in this article we will see how long it lasts. It consists of an electronic controller and many storage chips. A hybrid drive – also known as an SSHD – includes both storage technology: a common magnetic hard disk drive as well as storage chips. Therefore, an ssd drive is the best tool.

Nowadays storage needs are increasing in a wide range from large large enterprises to small businesses. Businesses have started investing in solid-state hard drives for their data storage needs. Solid-state hard drives function inherently differently than hard disk drives (HDDs). Where HDDs consist of physically moving parts like an actuator arm and a spinning disk, SSDs as the name suggests are completely solid. They have no moving parts and therefore use completely different methods for writing and storing data. SSDs are fairly new to the market, currently, vendors use three different factors to estimate SSD lifetime: the age of the SSD, the total number of terabytes written over time (TBW), and drives per day (TBW). TBW). DWPD). And according to the needs, the use of ssd is more, then it also comes in everyone’s mind that what is the time period of ssd.

Estimating from written terabytes how long an SSD lasts:

When it comes to SSD they give an estimate with Terabytes written by the manufacturers (TBW) even for consumer versions. Due to the fact that using wear-leveling the data will be evenly distributed over all cells, this figure is supposed to describe how much data can actually be written inside the storage chips and on all cells throughout their lifetime is.

A typical TBW figure for a 250 GB SSD is between 60 and 150 terabytes written. This means: to get more than the guaranteed TBW of 70, a user must write 190 (!) GB per day over a period of one year. In other words, filling up two-thirds of the SSD with new data per day in a consumer environment. There is very little chance of this.

Like HDDs, TBW ratings can be difficult to figure out. Some manufacturers report different information.
For example, WD reports mean time to failure (MTTF) for its SSDs such as the WD Black NVMe SSD, which has a rating of 1.75M hours. SSDs have their own measurement, often expressed as terabytes written (TBW). This is the most meaningful metric because reading data from an SSD does not affect its lifetime, but writing data does. SSDs vary according to their TBW rating, with consumer drives having a lower TBW rating than commercial drives. The typical consumer 1TB SSD has a TBW of 600, while more robust drives have a higher TBW rating for example, the Corsair Force 2TB MP600 has a TBW of 3600.

How long will SSD’s last as they are new devices. However, some estimates say that a typical SSD will last up to 10 years under normal workload. This is an increase of five to six years that was once used as an estimate.

About the limited life span of SSD:

As we know from electronic devices in our personal lives, the downside of SSDs with NAND Flash-based chips is that they have a limited lifespan. While standard HDDs can – in theory – last forever, SSDs have a built-in “time of death” that you can’t ignore. Data can only be written to a limited number of storage cells inside the chips as a result of the electrical impact. After that, the cells ‘forget’ the new data. Because of the SSD and to prevent some cells from being used all the time while others are not – manufacturers use wear-leveling algorithms so that the controller distributes data evenly over all cells.

The lifespan of an SSD has proven to be a valuable factor in its performance and longevity. Current estimates place a lifespan of around 10 years for SSDs, although the average SSD lifetime is short. In fact, a joint study between Google and the University of Toronto tested SSDs over a multi-year period. During that study, they found that the age of the SSD was the primary determinant of how well they stopped functioning. Researchers working on the study also found that SSDs were replaced about 25% less often than HDDs.

Another way to measure how long an SSD will last is the total number of terabytes written over time (TBW). TBW estimates how many successful writes you can expect over the lifetime of a campaign. If a manufacturer says that their SSD has a TBW of 150, that means the drive can write 150 terabytes of data. TBW is estimated above.

The age limit for SSDs has been kept at around 10 years although the average SSD lifetime is short. A joint study between Google and the University of Toronto tested SSDs over a multi-year period. It was found that the age of the SSD was the primary determinant of when the SSD stopped working. The study also found that SSDs were replaced about 25% less often than HDDs.

In case of data loss from SSD, it is best idea to contact a professional data recovery service provider. When it comes to a physical defect, there is no possibility for the user to recover or defend their data on their own. Also, when the controller or storage chip malfunctions, attempting to recover data with a specialized data recovery software tool is even more dangerous. This can cause permanent data loss and there is no chance of recovering the data again.

The main benefit of electronic chips for storage is that they are much faster than HDD with a spindle inside. That is due to the fact that a normal HDD consists of many mechanical parts and rotating discs. Also, the re-positioning of the read/write head takes much more time than just pushing data through electronic interfaces. Additionally, SSDs have a very short access time, which makes them perfect for being used in environments where real time access and transfer is a necessity.

I hope this article is helpful to you. Thank you!!