How to change CPU fan speed without bios? 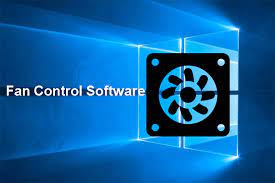 We will cover some of the fan controls on this. Disc drive temperature and voltage readings are highly dependent on fan performance, so it is important to have speed control software and digital temperature sensors within the system. This will help you to monitor the fan speed and temperature of both PC or Laptop at different intervals. Such software systems are called fan-control software. They come with various features such as real-time clock speed for fans, digital fan speed readings, estimating disc performance, and others. here is the some best CPU fan control software in below:

Argus Monitor is a CPU Fan Control Software that one of the best software platform to control fans and sensors in PC. It has an easy-to-use interface with robust features that will help you keep the drive safe. The application can run smoothly in the background and monitoring will be done automatically without any interruption in your work. It features the system to assess several characteristics such as HDD temperature and overall health of the system. Even though its main function is to check fan speed and resolve any problems, the software will allow you to control the temperature using digital sensors. You can study GPU and CPU temperature based on automatic graphs generated by the system.

NoteBook FanControl is a CPU Fan Control Software. Another wonderful example of speed monitor software is Notebook FanControl. This application will work in conjunction with your device’s taskbar and work on controlling the speed and adjusting the temperature as per the requirements of the PC. Once you have the fan installed, you will be able to easily check the current fan speed and monitor temperature in real time as measured by the thermal sensor. You will be able to control the fan speed manually with the help of slider buttons in the application.

EasyTune5 is a CPU Fan Control Software that is one of the best platforms which offers amazing features in terms of fan control and temperature adjustment in CPU. With this software, the health of the PC can be continuously monitored, especially the temperature of the clocks and sensors. You can improve your overall system performance by using this software. It can only be used on Windows and hence, is not suitable for anyone using Linux or Mac OS. With EasyTune5, you will be able to focus on the speed of the freeware fan.

#Tinker with some fan controls: