How to update safari on mac? 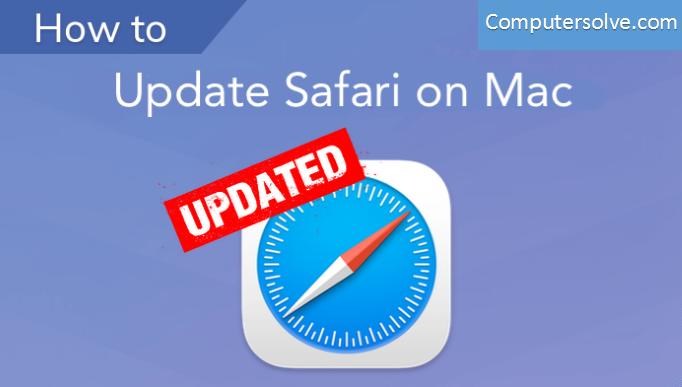 Safari is best-known as an official Apple web browser. It was introduced in 2003 with Mac OS Panther and after it, all versions of this operating system came with safari pre-installed. In 2007 we saw Apple introducing this web browser for iPhone. There is no need to add that since that year, all iPhones, iPads, and computers developed by Apple include Safari as their standard web browser. Of course, users can install other, additional web browsers according to their preferences.

You need to know that Safari isn’t available only for Apple devices. As a matter of fact, it is available for the Windows operating system as well. This availability has been with us since 2007 and millions of users have been using Safari on different versions of Windows. There will be a separate section on how to update Safari for Windows.

Safari is based on WebKit technology. It started its life in 32 bits and was known for its outstanding performances. However, the 64-bit version increases the rendering speed by 50%, according to Apple. Requirements are different. For instance, Safari 6.0 requires OS X v10.7.4, version 5 requires OS X v10.6.8 or Windows XP and newer.

How do I install Safari 14 on my Mac?

To install Safari 14, just go to Software Update. Either click on the Apple logo in the top left corner, or open System Preferences. According to Apple, Safari is currently the fastest browser on the Mac and, for example, loads websites 50 percent faster than Chrome.

How to update Safari on your Mac?

How to Update Safari in macOS Mojave and Later?

How to Update Safari in macOS High Sierra and Earlier?

What do I do if my Mac won’t update?