What Does Ctrl Z Do? 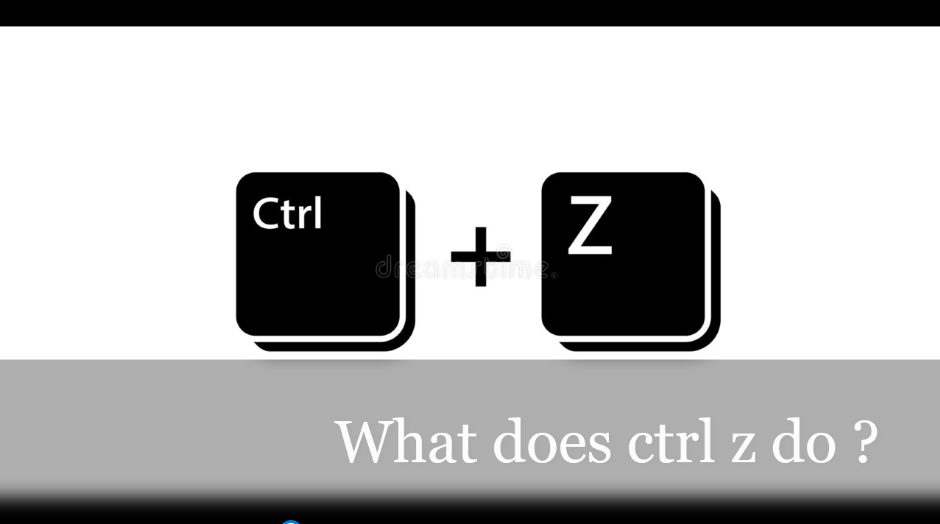 Alternatively Control+Z is a keyboard shortcut. Which is often used to undo a previous action. Through this you can undo mistakes in all areas of your PC. Here we show you all the great ways to use the Ctrl + Z shortcut.

How to use Ctrl+Z keyboard shortcut ?

To use this keyboard shortcut, press and hold the Ctrl key, and while continuing to hold, press Z.

Great Ways to Use the Ctrl + Z Keyboard Shortcut

The most common way to use Ctrl+Z is in writing, video editing, image editing, and other software. Whether you’re working in a Word document, email, coding tools, input fields in your browser, or any other program on your PC, press Ctrl+Z to undo the last thing you typed.

The same applies to programs like Photoshop and InDesign. Whether you just touched an image or lost a section on an InDesign file, press Ctrl+Z to undo the last thing you did.

Depending on which program you use, you can press Ctrl+Z repeatedly to undo multiple inputs. Each program has its own limits, but many programs set a 20 undo limit before you can’t go any further.

This is a really easy way to do it using keyboard shortcuts. Have you ever accidentally deleted a file or folder while managing your files in Windows 10? This is usually not a reason to panic, as you can just go to the Recycle Bin and restore the file from there, but if you want to save a ton of time, just press Ctrl+Z to bring it back.

As well as undoing writing and editing mistakes, you can do this multiple times for multiple deleted files.

You can’t talk about Ctrl+Z without talking about the redo command. Everything you undo with Ctrl+Z can be redo with Ctrl+Y (or Ctrl+Shift+Z in some apps).

Think of it as undoing the undo command. Sometimes you may have pressed Ctrl + Z several times or after deliberation decided that you really want to delete that file. Simply press Ctrl+Y to reverse the undo command.

Create Files in the Command Line

In the Windows command line, the Ctrl+Z shortcut has a different use. One of the ways it works here is with the copy con command, which is used to create a file via the command line.

To try it out, type at the command line :

Another function of Ctrl+Z in the command line is to immediately suspend a process running in the command line. This can be handy if it’s a lengthy process, and there’s a particular point where you want to take a closer look without waiting for the whole thing to finish.

It does this by sending a SIGTSTP signal. To start the process again, simply press Ctrl+Z again.

That’s all you need to know about the Ctrl + Z command. Remember that this works in almost any program – from word processing software to Photoshop and video editing. If you haven’t really used keyboard shortcuts, let this shortcut be your gateway into a world of shortcuts and better productivity.