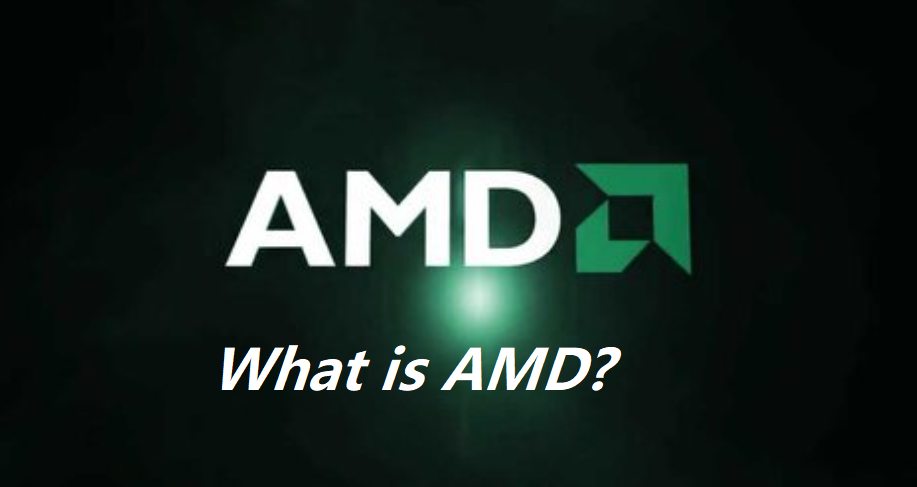 An AMD(Advanced Micro Devices) processor is a computer processor designed or manufactured by American semiconductor and technology company. AMD primarily produces central processing units (CPUs) intended to compete against offerings from its much larger rival Intel. An AMD processor can be used with the same software as an Intel processor, but not the same motherboard. In this article, we will learn about what is AMD. here we can describe about overview of AMD with more questions, and you will see its pros cons also features.

AMD is the second largest manufacturer of personal computer microprocessors after Intel. AMD also manufactures flash memory, integrated circuits for networking equipment, and programmable logic devices. Its Athlon (formerly called “K7”) microprocessor, delivered in mid-1999, was the first to support the 200 MHz bus. In March 2000, AMD made the first 1 GHz PC microprocessor in a new version of the Athlon.

Founded in 1969, AMD, along with Cyrix, often provided computer manufacturers with a lower-cost alternative to Intel’s microprocessors. AMD develops and manufactures its processors and other products in Sunnyvale, California and Austin, Texas. In 1999 a new manufacturing facility was opened in Dresden, Germany.

AMD is a multinational semiconductor corporation headquartered in Santa Clara, California, that produces computer processors and related technologies for the commercial and consumer sectors. Below we also see more questions related to AMD.

AMD company belongs to which country?

AMD Company Belongs to Santa Clara, California, United States. It has operations all around the world, including multiple sales offices, R&D centers, and other facilities. CPUs, workstations, motherboards, graphics processors, and related technologies are the company’s specialty.

TSMC manufactures AMD. As long-time partner GlobalFoundries alters its focus, AMD’s next-generation devices, all aimed at Intel and Nvidia, will be built by TSMC.

Is AMD processor made in china?

Yes, AMD Processor Are Made In China. AMD has global operations, including research and development centers, worldwide sales offices, and joint ventures with assembly/test manufacturing facilities in Malaysia and China.

Is AMD a global company?

Yes AMD is a global Company. AMD has evolved into a global corporation, gaining numerous industry firsts along the way. AMD now creates high-performance computing and visualization technologies to address some of the world’s most difficult and intriguing problems.

What companies use AMD?

Azure cloud offerings, Hewlett Packard Enterprise, Lenovo, and Dell use AMD. Semiconductor maker said Google and Twitter are using the company’s latest data center processors AMD announced the launch of the second generation of its EPYC chips, designed for high-performance uses inside the cloud or large enterprises Was.

The low cost of AMD’s microprocessors in the 1998–2000 period was a contributor to lowering PC prices. . In “first mainstream 200 MHz system bus“, the Athlon includes a superscalar pipelining floating point unit, and a programmable L1 and L2. The Athlon uses AMD’s aluminum 0.18 micron technology.

Other companies that say they are using AMD’s new processors or offering them to customers include Microsoft, which is previewing chips in some of its Azure cloud offerings, Hewlett Packard Enterprise, Lenovo and Dell. Is.

Pros and Cons of AMD:

In this table we will show you about pros and cons of AMD: