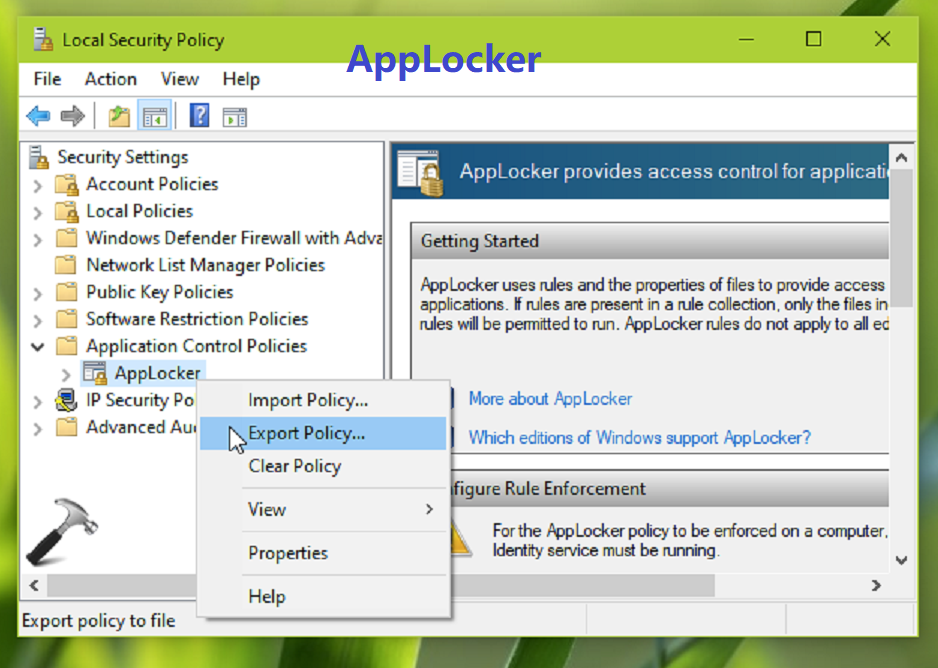 In this article, we will explain Applocker as well as how it helps you and also explain when can use applocker with example that App locker software is a kind of restriction policies control app that extends the features and functionality. App Locker has new capabilities and extensions that allow you to create rules to allow or deny apps to run based on the unique identity of files and to specify which users or groups have access to those apps can drive.

How does App Locker help you?

We’ll walk you through how App Locker can help you. Defining rules based on the file attributes of the apps that are about to be updated.

And it such as publisher name (derived from digital signature), product name, file name and file version, etc.
You can also create rules based on file path and hash through it.
Also assign a rule to a security group or an individual user.
You can create a rule that allows all users to run all Windows binaries except Registry Editor (regedit.exe).
Use the audit-only mode to understand the impact of the policy before it is implemented.
Create rules on the staging server, test them, then export them to your production environment.
Simplify creating and managing AppLocker rules using Windows PowerShell.

When can you use AppLocker with example?

Information is, for many organizations, the most valuable asset, and it is imperative to ensure that only approved users have access to that information. There are access control technologies that help users control what they have access to, such as Active Directory Rights Management Services (AD RMS) and Access Control Lists (ACLs).

When a user runs a process, that process has the same level of access to the data. If a user inadvertently runs malicious software, sensitive information is easily removed or sent out of the organization. AppLocker helps mitigate these types of security breaches by restricting the files that users or groups are allowed to play.

Software publishers are beginning to create non-administrative apps that can be installed by users. This can jeopardize an organization’s written security policy and circumvent traditional app control solutions that rely on users’ inability to install apps. By creating an allowed list of allowed files and apps, AppLocker helps prevent such per-user apps from running. Because AppLocker can control DLLs, it is also useful for controlling who can install and run ActiveX controls.

These are some examples in which AppLocker can be used, you can also read them: