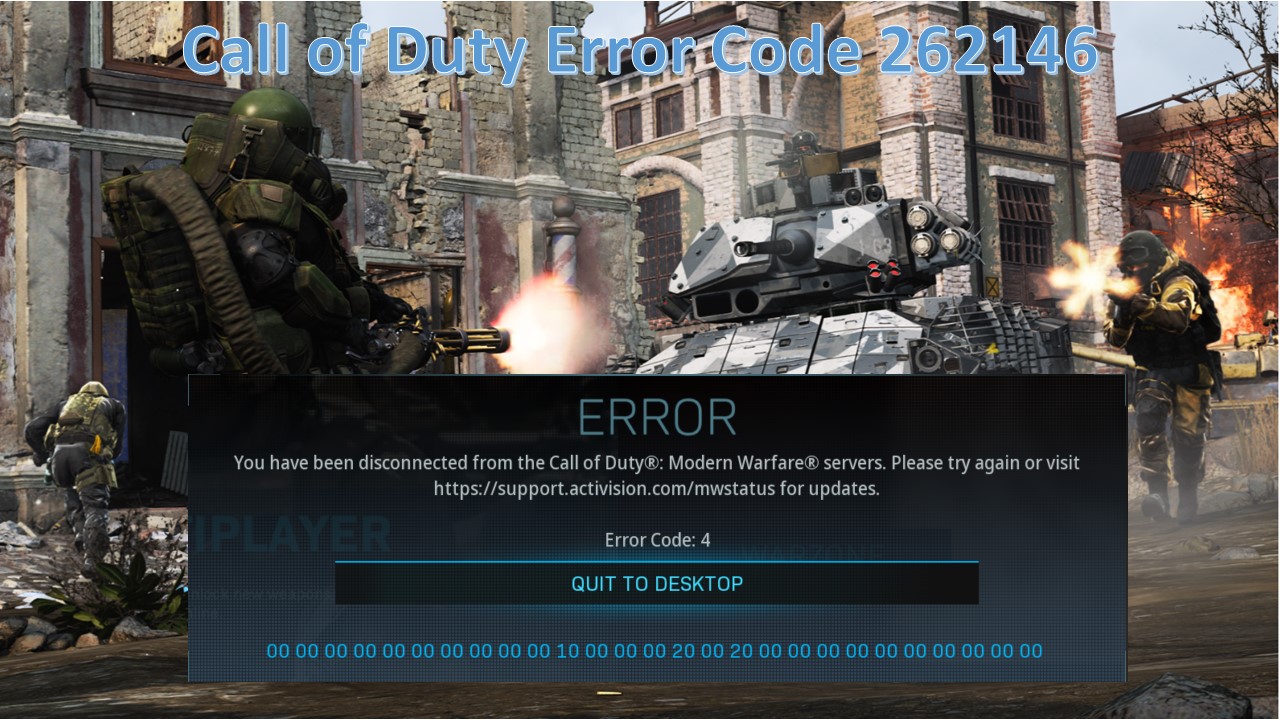 WHAT IS CALL OF DUTY MODERN WARFARE ERROR CODE 262146?

Call of Duty: Modern Warfare error code 262146 is another connection problem that seems to be preventing Modern Warfare players from jumping into the latest Infinity Ward release. It is a continuous and frustrating problem for the one who is trying to join online matches, and it’s one that keeps popping up time and time again.

Error code 262146 appears when there is a connection problem between the player’s device and the Modern Warfare game servers. After matches, the code seems to appear very frequently, but some players have reported that it pops up during matches or even during matchmaking. Many unfortunate players get hit by the error repeatedly, stopping them from even reaching matchmaking in the first place.

If you are facing a problem with Call of Duty: Modern Warfare a error code 262146 on PC, and to prevent the game from connecting to the online server your firewall must be overprotective. You can also try whitelisting the game in Windows Firewall or disabling Windows Firewall temporarily to solve the problem.

Note: If you want to keep your computer safe from attackers, you need to keep in mind to turn on the windows Firewall after fixing the issue.