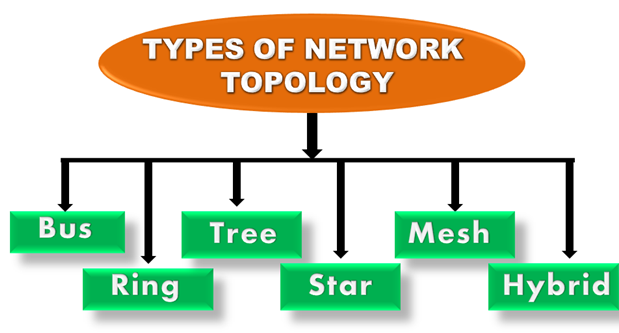 In this article we will show you about difference between ring topology and mesh topology. below section will see you ring and mesh.

In Ring topology, each node is connected to it’s left and right side nodes in which the information is travel from nodes to nodes in ring manner in one direction.There are also n links in ring topology like star topology, if there are n nodes present. In ring topology, to add a new node the entire connection must be broken down.

It is in a shape similar to a ring, in which every node is connected to only two neighbors. The messages move in only one and the same direction in this arrangement. In case any cable or device breaks away from the loop, then it can be a fatal problem for the entire network. All workstations are connected to each-other in such a way that they make a loop through which data is passed from one workstation to another easily.

In Mesh topology the nodes are connected to each other completely via dedicated link in which the information is travel from nodes to nodes and There are N(N-1)/2 links in Mesh topology, if there are N nodes.

In a fully connected mesh topology, each device has a point to point link with every other device in the network. If there are ‘n’ devices in the network, then each device has exactly ‘(n-1)’ input-output ports and communication links. These links are simplex links, i.e. the data moves only in one direction. A duplex link(in which data can travel in both the directions simultaneously) can replace two simplex links.

In this type of arrangement every node participating in the network is connected to every other node. However, this tends to be very expensive and difficult to implement. Multiple paths are can be used for transmitting a message. Due to the presence of dedicated links, it does not provide any traffic problem. All workstations are connected to each-other dedicatedly.

Difference between Ring Topology and Mesh Topology in below:

I hope this article is helpful to you . Thank you!