How to force quit on windows? 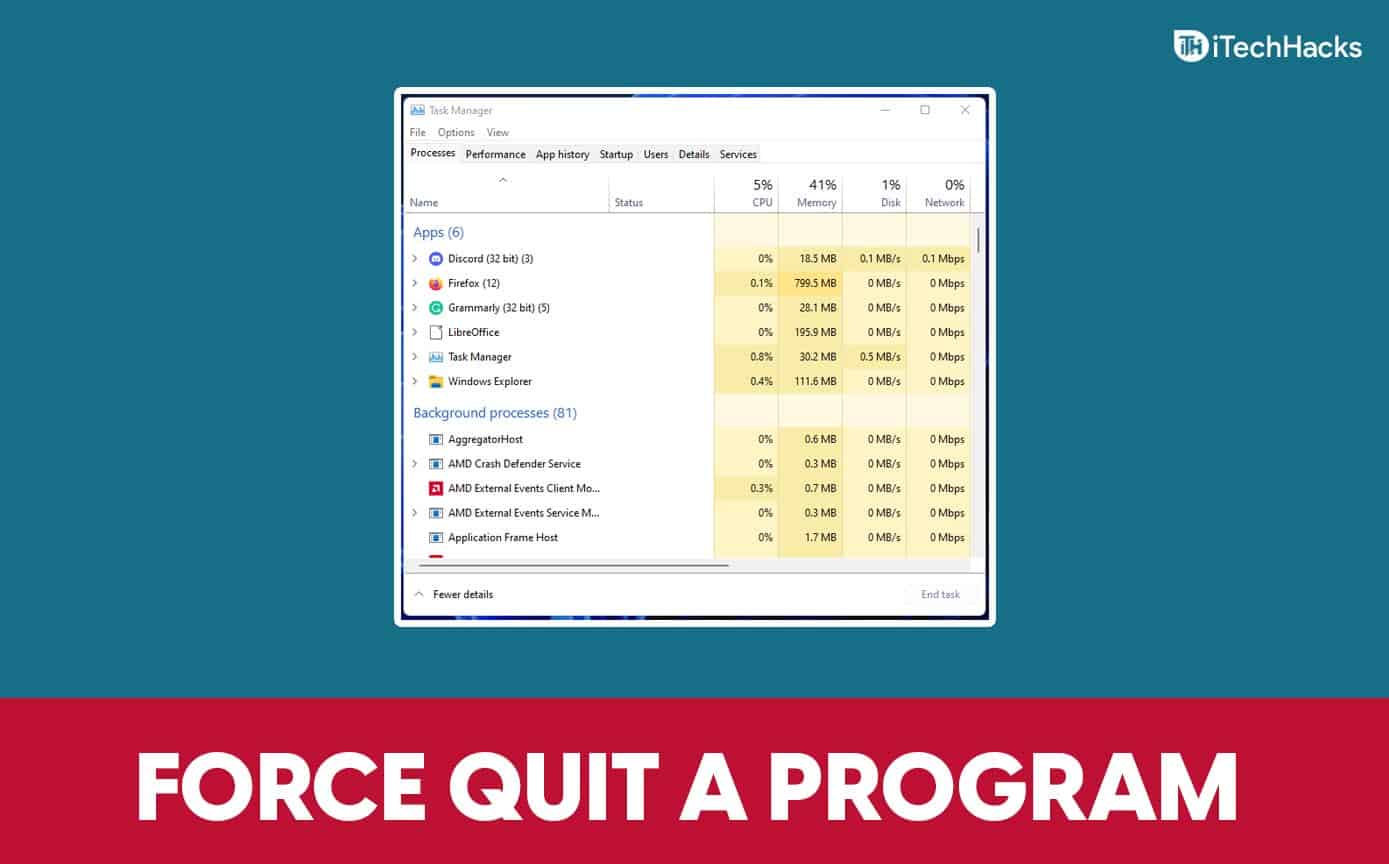 While force-quitting may be the easiest option, it can lead to unwanted consequences. when it comes to technology, unexpected issues, like an application freezing up, can bring your day to a halt.
After all, if the problem app won’t close, you have no choice but to deal with it right away. If you have a Windows computer, the force-quit option is a useful tool in that circumstance.

What is Force quit?

The force quit is a process that is used to shutdown the unresponsive computer programs. This process is attained by pressing some function keys. It facilitates you to quit out of the unresponsive programs or errors easily. Generally, it is done by pressing the Ctrl + Alt + Delete keys simultaneously, which open Windows task manager, and then you can easily select and force quit an application.

Force quit an application on a Windows: Here are three ways

Hope these article is helpful to you.