How to make a public profile on snapchat? 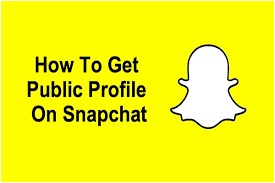 Snapchat went through tough times during 2020. Snapchat is a mobile app for Android and iOS devices. Colloquially, the app is often called Snap by its users. Snapchat’s developer is a public company also called Snap, confusingly. The company itself claims to be a camera company. Whichever you choose to call it, Snap is headed by co-founder Evan Spiegel. Snapchat was initially focused on private, person-to-person photo sharing, but you can now use it for a range of asks, including sending videos, live video chatting, messaging, creating caricature-like Bitmoji avatars, and sharing a chronological “story” that’s broadcasted to all your followers. There’s even a designated “Discovery” area that showcases short-form content from major publishers like Buzzfeed. Snapchat even lets you store media in a private area.

One of the core concepts of the mobile app is that any picture, video, or message – aka snap – you send by default is made available to the receiver for only a short time before it becomes inaccessible. This temporary or ephemeral nature of the app was originally designed to encourage a more natural flow of interaction.

How to Make Public Profile on Snapchat?

How to Make Public Profile on Snapchat: Step-by-Step Guide

Follow the steps to create a public profile on Snapchat: