How To Open Task Manager? 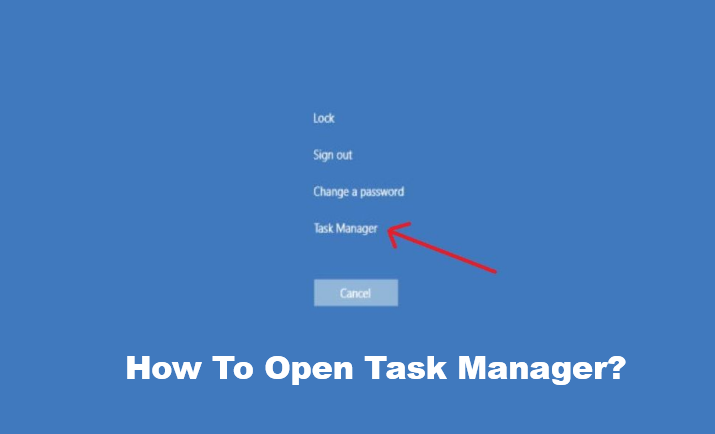 How To Open Task Manager?

There are four ways to open Task Manager as follows.

How Do I Shortcut to Open Task Manager?

There are many ways to Windows Task Manager. We are using the shortcut to open it. The easiest way to open the Task Manager is Ctrl + Shift + Esc in the Keyboard. Other shortcuts are mentioned below.

How Can I Open Task Manager On Windows?

1. Ctrl+Alt+Delete:- This is the most common method of opening the Task Manager in Windows. Until Windows Vista came into play, pressing Ctrl+Alt+Delete would open the task manager directly. But after Vista, it takes you to the Windows Security screen, where, among many things, you can choose to run your task manager.

2. Ctrl+Shift+Esc:- This is yet another quick way of bringing up the Task Manager, especially if you are using a remote desktop or working inside a virtual machine. Ctrl+Shift+Del will signal your local machine in such cases instead of the machine you are trying to open the Task Manager on.

3 Windows+X:- By pressing the Windows Icon key and X key, you can access the power user menu on both Windows 8 and 10. From here, you can access all kinds of utilities, that includes Task Manager as well.

5. Run “taskmgr”:- Taskmgr.exe is the executable file for Task Manager. You can either type it in the search box of the Start menu and select Task Manager from the results,Or, launch the Run command, type taskmgr, and hit enter. This will take you directly to the Task Manager.

6. Browse To taskmgr.exe In File Explorer:- Well, this is one method we don’t prefer, the longest route to the Task Manager. But it can come in handy in case nothing else works, the worst-case scenario you know.

7. Pin To Taskbar:- One of the easiest ways to launch the Task Manager is to pin it to the taskbar.

8. Create Shortcut On Your Desktop:- You can also create a shortcut for the Task manager on your Desktop.

10. To use Powershell:- Type Powershell in the Windows search box and select Windows Powershell.

How To Open Task Manager On A Mac?

When an application freezes on Windows, the Ctrl-Shift-Esc command is used to bring up the Task Manager and quit the process in question. But how about on a Mac? How do you end processes that crash Safari or lock the machine up?

How Do I Open Task Manager In Chromebook?