How to run ps script? 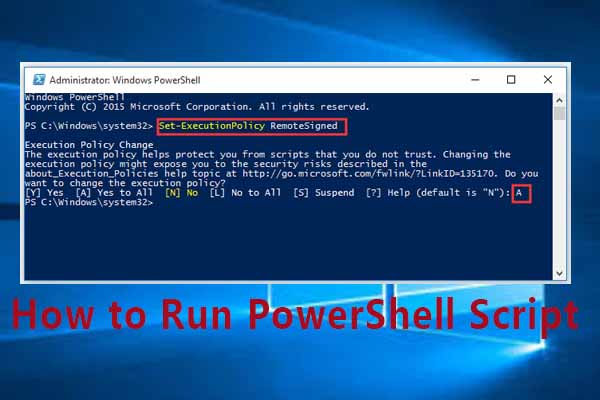 PowerShell is a powerful scripting language that can be used by many applications, including Outlook and Exchange. For end-user use, it can be seen as the successor to vbs and batch scripts. If you are new to the PowerShell scripting language and learning how to run ps script, you have come to the right post PowerShell scripts in this guide Contains how to run PS scripts in relation to the use of. First of all in this article we will look at the prerequisites.

Below section we can expalin with details.

How to open powershell?

What happen when you use powershell first time?

If you are trying to execute a Windows PowerShell script for the first time, you may run into a common problem. PowerShell will probably return an error message saying that a script “cannot be loaded because the script running on this system is disabled”.
PowerShell gives the above error message when you try to run powershell with the execution policy set to Restricted, Remote signed or All signed. If this is your first time using PowerShell, your default policy will probably be set to restrict all scripts. Because the default policy set for Windows client computers is restricted. You can execute individual commands in the terminal, but not a script file. The restriction includes .ps1xml, .psm1 or any file that ends with .ps1.

To change the execution policy then read these lines:

Or: you can run the PowerShell script from the Command Prompt (cmd.exe) like this:

PowerShell Script Button The easiest way to execute PowerShell is to right-click and select scripts that allow direct execution. Run with powershell. If you only have code if the script needs to be loaded first or requires additional parameters, you can also use one of the following methods:

Once you have a script ready, there are a few different ways you can execute a PowerShell script file. One of the most common ways is via the PowerShell console.

If you can’t or would rather not run scripts via the PowerShell console, you can also do so with command prompt.

In this article we have try to define “how to run ps script”. Hope you are like it! Thanks for reading this article.