How to Take a Screenshot on a PC? 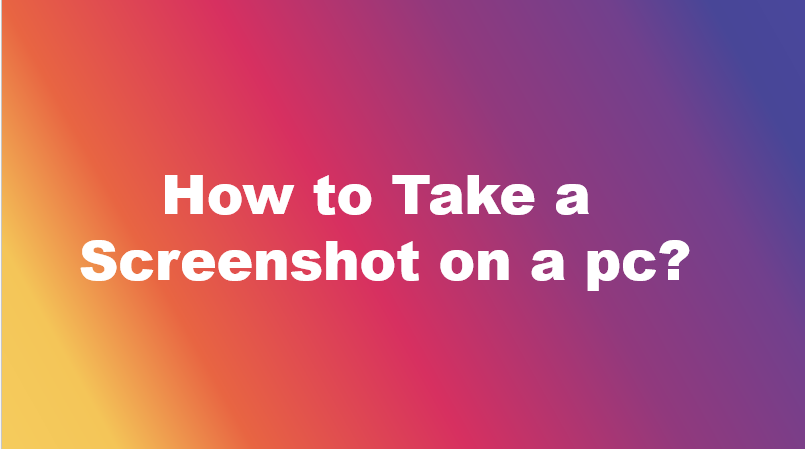 A screenshot, sometimes referred to as a screencap or screengrab, is an image that shows the contents of a computer display. Screenshot lets you capture exactly what you’re watching on your screen to share with others or watch later.

10 ways to take a screenshot on any Windows device

The easiest way to take a screenshot on Windows is the Print Screen (PrtScn) key.

Snip & Sketch is the best way to screenshot on Windows if you’re looking to customize, annotate, or share your screen captures.

With these Snip & Skitch options, you can choose how you’d like to take a screenshot:

Mode :- Function
Rectangular :– Size a rectangle for your screenshot.
Free-form :- Draw free-hand with your cursor.
Window :- Choose a specific window to capture.
Full-screen :– Grab an image of your entire screen.

After you capture the screenshot, it will be saved to your clipboard and a preview notification will appear in the lower-right corner of your screen.

Important: To take a screenshot on a Surface 3 or earlier, you’ll need to press the Windows Logo + Volume Down Button.

If the Windows provided methods can’t help you capture the screenshots well, you can resort to third party apps. Third party integrations are an integral feature for screenshot tools in Windows. They add further functionality to your screen capture such as capturing scrolling screen as well as easy sharing between various work productivity apps. The print screen software from third parties includes various integrations with image editing [image editor], project management, file sharing, and messaging tools to maximize tool efficiency and worker productivity.

Some of the third party screen capture tools include: