How to type roman numerals? 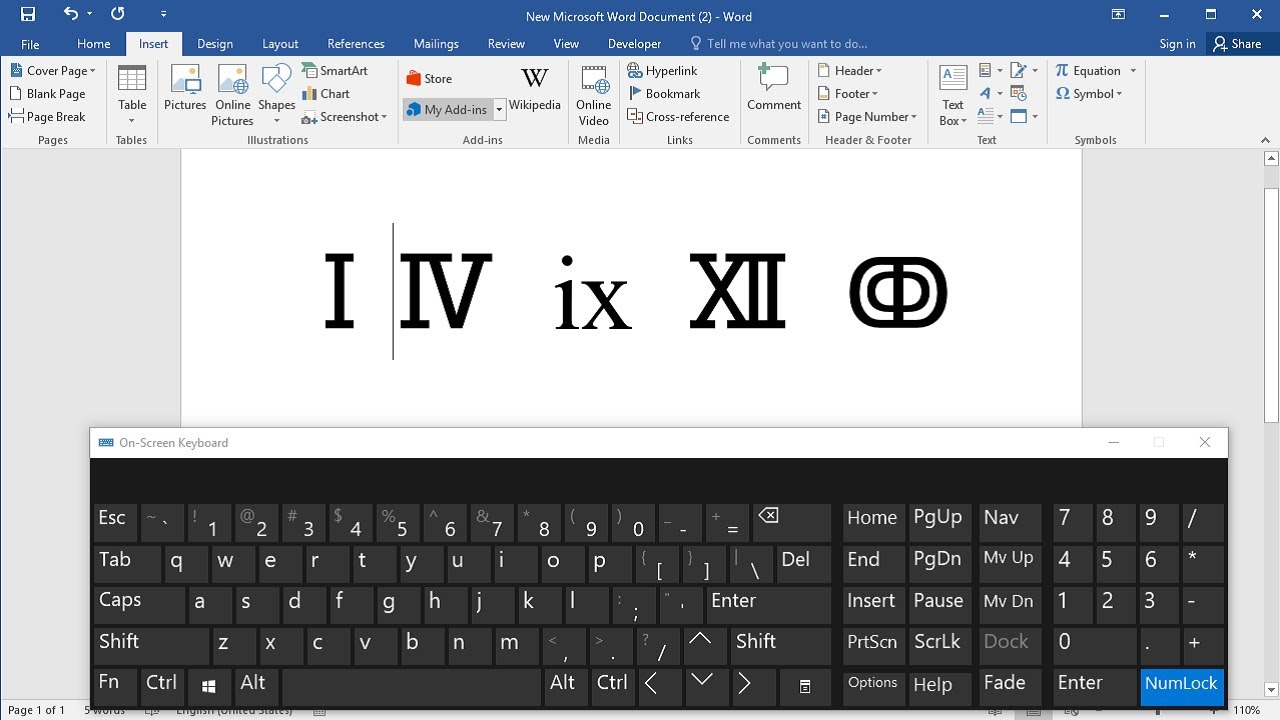 In this article we will discuss about how to type roman numerals so you can read this article. The decimal system of digits is used for counting and marking in all developed countries of the world. At the same time, Roman numerals, which were used in the non-positional system of the ancient Romans, were not completely forgotten. Often one can see that they are used to number volumes and chapters in books, to mark centuries in historical literature, to indicate blood group and many other parameters that nowadays are usually specified by Roman numerals.

In the earlier days, European countries were using Roman numerals as their primary number system. Roman numerals are simply derived from Latin letters and are used for mathematical calculations. Although the Arabic number system has become popular and widely used nowadays, you can still see Roman numerals in various places.
No matter what kind of work you’re doing on your computer whether it’s working with certain text editors or some other application you may need to type Roman numerals every now and then. There’s no separate unit for them on standard computer keyboards, but nothing to worry about! There are several ways to quickly type Roman numerals on the keyboard.

We use these seven letters to make up thousands of others. For example, the Roman numeral for two is written as ‘II’ which is just two one’s smushed together. The number twelve is XII which is just X (10) + II (2). If we take this a step further, the number twenty-seven is written as XXVII, which when broken down looks like XX (20) + V (5) + II (2) – all totalled up it equals to twenty- seven.

You can use the following method:

Unicode happens to have basically every Roman numeral in existence in its Number Forms Block. Unicode is a universal standard for the encoding and representation of text on computers. However, only certain programs and areas of a computer are capable of converting Unicode into the text encoded within it, which is why this method can only be used in certain places. To type Roman numerals on a computer in Unicode, you need to simply: