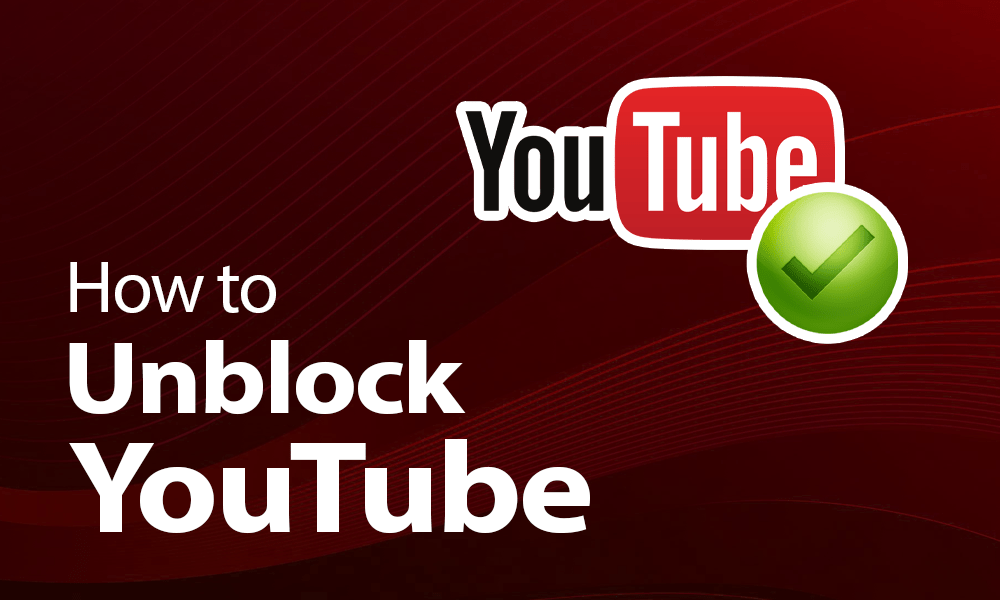 YouTube is the world’s largest video streaming site, and over five billion videos are watched on there each day. But it’s not always possible to view the YouTube videos that you want. Schools and workplaces often block the site to reduce bandwidth costs and minimize distractions. Some countries, such as China, block YouTube nationwide. Plus, when users upload videos, they can choose for them to be only available in certain regions. This is where an VPN comes in.

The easiest way you can unblock YouTube with a VPN or others. The best VPN services mask what you’re doing from your internet service provider and government, and route all your internet traffic through a remote server. If you install a VPN that supports YouTube unblocking, you can watch any YouTube video from anywhere. The most effective and reliable way to watch banned YouTube videos is with the help of a VPN. A virtual private network will trick YouTube by changing your local IP address. This will make them assume that you are watching the video from a foreign country.

Changing the URL as per your requirement would help you bypass the block. For, e.g., Instead of HTTPS, you can type the URL as HTTP or vice versa. go through the steps given below to unblock a Youtube video:

A proxy server works in a similar way to a VPN, as it routes your traffic through a server to make it appear as though you’re in a different location. This will let you bypass firewalls and geographic content restrictions. However, unlike VPNs, most proxy servers don’t encrypt your data, so they’re not as secure. This means that someone could snoop on your online activities. And you’ll be more vulnerable to data hacks and other online threats.
But, if all you want to do is watch some region restricted YouTube videos, a proxy server is certainly an easy way to do this.

There are three main types of proxy servers:

There are loads of proxy websites that are easy to use. In fact, using a proxy server to unblock YouTube is one of the most straightforward methods, although, as we’ve said, it’s not the most secure.

Using Tor, your data is routed through its network of servers where data packs will jump through several relays and exit the network at their destination. This security measure prevents network administrators, ISPs, and hackers from tracking your online activity, but since Tor does not encrypt your data, your data is visible as soon as it leaves the network.

In fact, Tor was designed to keep access to information free in the face of authoritarian and malevolent governments. It wasn’t designed for streaming, and due to its relatively slow speeds and low bandwidth, videos are likely to load very slowly. However, using Tor with a compatible VPN can be a powerful security tool. This combination can provide a completely anonymous network solution. A VPN will encrypt your data and it will not be visible even after it leaves the network, ensuring that your data is protected even if Tor is hacked or otherwise compromised.