Where is RAM located in computer? 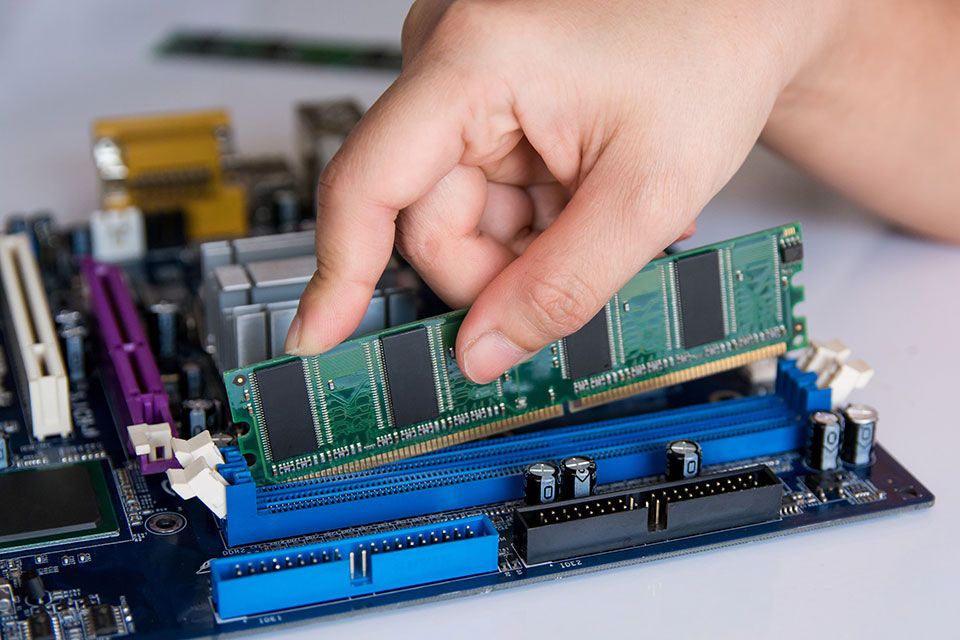 Where is RAM located in computer?

RAM is located in Motherboard. A motherboard is a printed circuit board and foundation of a computer that is the biggest board in a computer chassis. It allocates power and allows communication to and between the CPU, RAM, and all other computer hardware components. Also, RAM and ROM are both located on the computer motherboard, but in separate plug-in chipsets. To learn more about the many differences and similarities between RAM vs. ROM, read on. Here is more information about types of computer memory.

What is a RAM?

RAM stands for random-access memory, but what does that mean? Your computer RAM is essentially short term memory where data is stored as the processor needs it. This isn’t to be confused with long-term data that’s stored on your hard drive, which stays there even when your computer is turned off. RAM is to store the data that the CPU needs for running for the operating system, software programs, and processes. RAM’s speed is measurable in nanoseconds. Because it is so blazingly fast, RAM can switch rapidly between tasks.

RAM capacity on a computer generally ranges from 64MB to 4GB, in comparison to merely 4MB to 8GB for ROM. RAM capacity is provided through RAM chips, which fit into two to four memory slots located next to the CPU on the computer motherboard. To add more capacity, you can upgrade the RAM chips on your computer, but you need to make sure that the new chipset is compatible. For example, it isn’t enough to insert DDR3 RAM into a DDR3 socket. You must use DDR3 RAM with a speed acceptable to the computer.

Is RAM volatile or nonvolatile?

RAM is volatile memory, meaning that it only stores data while the power is switched on. When the computer is turned off, the data in RAM gets automatically erased.

Due to RAM’s volatile memory, all work done on a computer is constantly saved on the hard drive so that data won’t be lost in case of a sudden interruption in power supply.

Why is RAM important?

RAM serves the very important function of retrieving information that must be accessed in a quick manner. This operation is very similar to the human brain’s function in retrieving necessary facts from short term memory. Open files and the utilization of applications on a computer systems requires the assistance of RAM. Users that play alot of video games with detailed graphics or keep alot of folders open while on their computer, will need the use of additional RAM. This will allow them to better access the information they need when the time comes. RAM is held onto a limited time, but it allows the information to come up quickly and without much fuss on the part of the computer user.