What is a programming language? 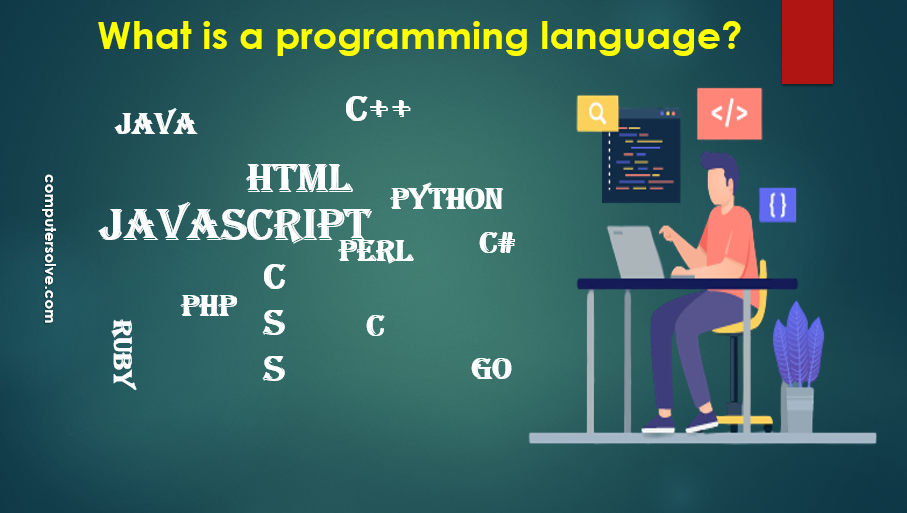 Although, it is a very popular programming language and a computing platform for application development it was designed in 1995 to have less implementation dependency. Java is fast, secure, and reliable and today more than 3 billion devices run Java.

Following are some benefits of Java-

JavaScript language is also one of the most powerful and flexible programming languages in the world. It is used by many websites for scripting webpages which is one of the main technologies of the World Wide Web i.e. WWW, along with HTML and CSS.

It is also a programming markup language used to create web pages. It stands for Hypertext Markup Language. HTML elements label pieces of content such as “this is a title”, “this is a paragraph”, “this is a link”, etc.

It is an object-oriented scripting computer programming language that is often used to build websites and software, as well as to automate tasks and perform also data analysis.

C programming is a procedural programming language developed by Dennis M. Ritchie in 1972 at Bell Telephone Laboratories to design the Unix operating system. And then it remains too widely used and influential to be used for general-purpose programming.

PHP is a server scripting language that was created in 1994 by Danish-Canadian programmer Rasmus Lerdorf. A static website or dynamic website or web application is develop by PHP. PHP stands for Hypertext Pre-Processor, formerly used for personal home pages. Although, client computers accessing PHP scripts only need a web browser.

Perl is an open-source computer programming language that works on a variety of computer operating systems. Text Processing Perl was developed by Larry Wall and runs on various platforms such as Windows, Mac OS, Unix versions, etc. Which means it is cross-platform.

Ruby is a dynamic computer programming language developed in 1993 by Yukihiro Matsumoto of Japan. This language is also built with a focus on simplicity and productivity which has a natural syntax. It is also easy to read and write.

Go is an open-source, compiled, and statically typed programming language designed by Google in the year 2007 to make it easy to create simple, reliable and efficient software. It is also known as Golang and was designed to respond to the heated criticisms against other languages used at Google which focuses on simplicity, reliability, and efficiency.

Following are some benefits of Go-