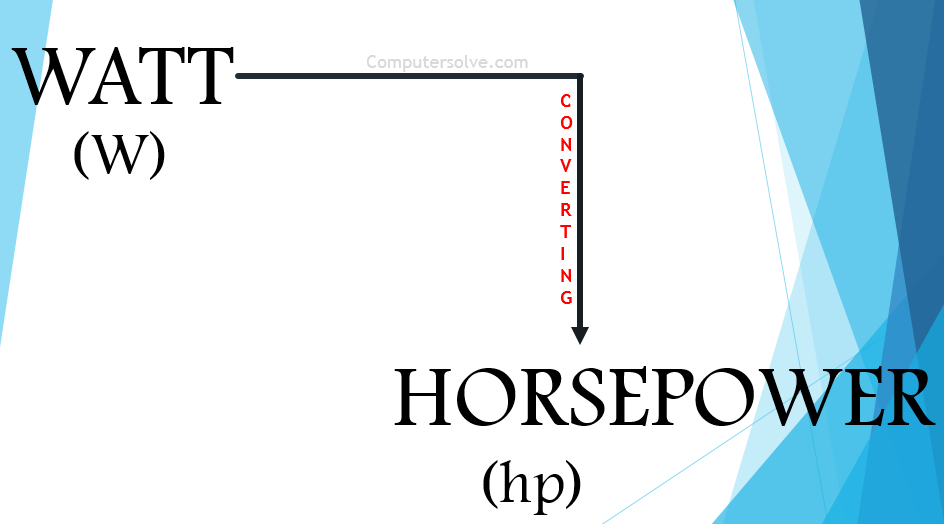 Watt and horsepower both are the units of power. Power in horsepower is equal to 1340 times of power in watts divided by 1000. For converting Power P(W) in watts to power P(HP) in horsepower use the formula.

The Watt equals one joule per second. For example, if a 60W lamp remains on for one hour, the power consumed is 60 watts-hour. The name of this power unit is a tribute to the British engineer James Watt, for the recognition of the many researches that he made, to better understand the energy, as well as, the way in which he created machines that obtained a better use of it.

The Horsepower came about when, for the first time in history, people had something like power to use other than animal traction. Horsepower were later used to measure the power output of piston and turbine engines and electrical motors.

To be more precise in assessing this unit of measure, James Watt has carried out various experiments in order to measure the work performed by a horse for a certain period of time. From there he just needed to see how long it took his steam engine to do the same job.

What is the international acronym for each of these two power units?

Prefix or symbol for watt is: W

Prefix or symbol for horsepower is: hp

Technical units conversion tool for power measures. Exchange reading in watts unit W into horsepower unit hp as in an equivalent measurement result (two different units but the same identical physical total value, which is also equal to their proportional parts when divided or multiplied).

How to convert Watts to Horsepower?

Conversion table of Watts to 3 Horsepower

What is the power of 1hp?