What is a Hotspot? 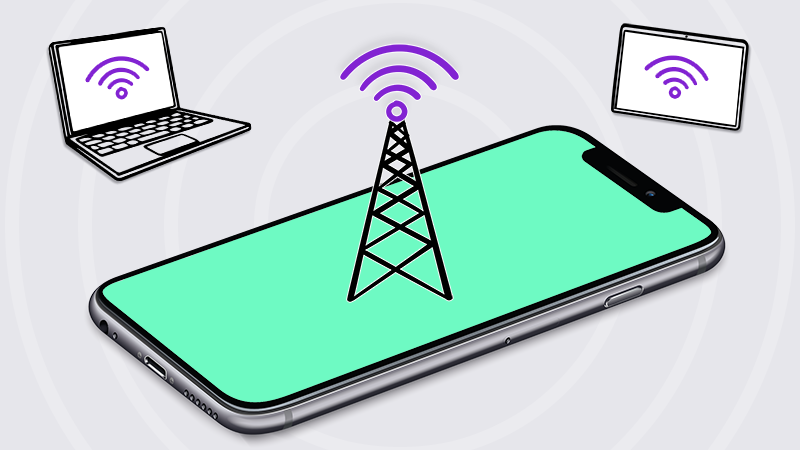 WiFi hotspots are Internet access points that you can connect to a WiFi network using a computer, smartphone, or another device when you are away from your home or office network.

Many cities, businesses and other organizations are starting to offer WiFi hotspots for public use. These hotspots help people get faster internet connections than commonly available mobile networks.

Though WiFi hotspots are largely similar, there are a few different types available, and they have some distinct differences.

A public WiFi hotspot is exactly what it looks like. These hotspots can often, though not always, be used for free. Places such as cafes, libraries and retail outlets can provide visitors with free public Wi-Fi. In some cities, local governments such as ISPs may also provide free public WiFi in some areas. It’s usually free, but in some places, such as hotels and airports, you have to pay for access to a public WiFi hotspot.

Did you know that you can use your iPhone or multiple Android smartphones as a WiFi hotspot? By enabling this feature, your phone will use its mobile data to create a WiFi hotspot. You can connect a computer or other Internet access device to this hotspot.

You can also purchase mobile WiFi hotspots designed for this purpose, designed so that the mobile data connection is a strong WiFi connection. People who travel a lot for work or have constant access to a reliable WiFi connection can use one of these devices, which can be purchased from most mobile operators.

Prepaid WiFi hotspots are similar to mobile hotspots, but set limits on the amount of data you can transfer over the connection. You subscribe to a set amount of data, and when you run out, you can automatically pay more. It’s a great way to get a mobile hotspot without subscribing to long-term mobile data.

Private WiFi hotspots, such as mobile and prepaid versions, are completely secure. However, for public hotspots, the security measures used to protect your data may vary.

It is generally recommended not to do anything on the public WiFi hotspot that could jeopardize secure personal data, such as checking the store’s website (providing payment information), using banking applications or accessing medical records. However, for other activities, such as browsing the web, checking email, and using social media, public WiFi hotspots are likely to be secure.

How to Find WiFi hotspots?

The easiest way to find WiFi hotspot is to open up your computer or tablet and check your available networks list. In many public areas, you’ll find that there are a lot of open, public WiFi hotspots you can connect to, free of charge. You can also look for WiFi hotspots provided by your own ISP.

How does a WiFi Hotspot Work?

The public WiFi hotspot works from the end user just like the WiFi network you find in your home or office. These hotspots send an Internet connection using special wireless devices to create a WiFi network to which you can connect a tablet, smartphone, computer, or other device.

Do Hotspots Work without Cell Service?

Hotspots don’t work without mobile phone service. Hotspots require a mobile service to signal Wi-Fi. So you need a data plan from a phone company or other provider to create your own hotspot work. And you also need enough independence.

How do you Turn on your Phone’s Hotspot?

Turning on the phone’s hotspot is very easy. Here’s a quick breakdown for iOS and Android phones:

How to set up hotspot on iPhone?

How to set up hotspot on Android phones and tablets?

Step 1: Go to Settings and look for “hotspot” or “tethering“.

Depending on your phone, there will be a menu called Mobile Hotspot and Tethering or Network and Internet.

Step 2: Tap to toggle the hotspot.

Step 3: Some phones also need to enable Wi-Fi sharing, which will allow other devices to access the hotspot.