What is it app? 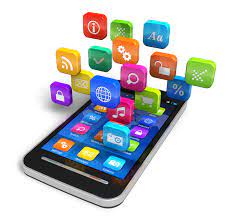 Nowadays everything is tech-driven and apps are an important part of the tech-driven world we live in and can enhance a person’s life, enjoyment and productivity. Apps are also used regularly by both large and small companies to streamline production and increase ease of work. In this article, we discuss what is an app?

An app, short for “application“, is a type of software that can be installed and run on a computer, tablet, smartphone, or other electronic device. For example, a food delivery app may be designed only for users to deliver food from local restaurants and not be used for anything else, such as grocery shopping or making restaurant reservations. There are currently millions of apps available in different categories like business, productivity, shopping and scheduling. An app most often refers to a mobile application or a piece of software that is installed and used on a computer. Most of the apps have a specific and narrow function. There are many different ways to get the app. For smartphones, users can download the app directly from the App Store that matches the type of mobile device they have. For example, if you have an Apple iPhone, you can download the app directly from the App Store which is located in the phone. For Android devices, users can download the mobile app from the Google Play Store and Amazon’s Amazon Appstore.

Here we will discuss types of apps. There are different types of apps available for download by businesses and individuals alike. The following are the most commonly recognized apps in use today:

Web based app is a web application that requires internet access for complete use. These types of apps are coded in JavaScript, HTML5 or CSS. A web-based app typically requires a much smaller amount of memory space in a user’s device because the databases are stored on the Internet server. Examples of web-based apps include Netflix, Google Docs and Dropbox.

Native app is a mobile app. Apps that are created for a certain mobile platform are known as native applications. For example, an app that is made for an Apple iPhone will only be usable on Apple devices and would not work on other types of mobile phones, such as Android. These types of apps are primarily used to provide the highest performance on a particular mobile operating system. An example of a native app is the calculator application on the iPhone.

Hybrid app is contain web based app and native app both. this is an app that is made to support both native and web-based technologies and is a combination of both web-based and native applications. These apps are easier and quicker to create and only use a single code base that can be integrated across various platforms. However, it’s important to note that hybrid apps often have a lower performance rate than native or web-based apps.

Desktop apps are typically more widely available through unofficial sources. However, there are a few official app sources that are specific to the type of desktop a person has. For example, individuals who own an Apple Mac computer can download desktop apps from the Mac App Store. Additionally, web applications can also be used on both mobile devices and desktops. These types of apps typically don’t need to be downloaded. However, some search engines have their own application stores, such as apps that only run on Google Chrome.