what is ms dos 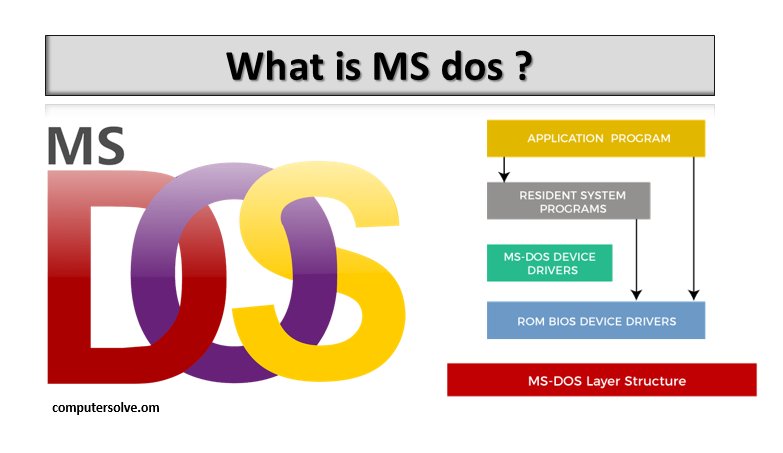 Short for Microsoft Disk Operating System, MS-DOS is a non-graphical command line operating system derived from x86-DOS created for IBM compatible computers. MS-DOS allows the user to navigate, open, and otherwise manipulate files on their computer from the command line instead of a GUI like Windows.

MS-DOS is no longer used. However, the command shell, commonly known as the Windows command line, is still used by many users.

Here are some amazing features of MS-DOS.

What is MS-DOS in Computer ?

MS-DOS stands for Microsoft Disk Operating System, developed in the mid-1980s to 1990s for IBM PCs and compatible types of computers. MS-DOS is a command-line-based system, where the user enters all commands as text and has no graphical user interface like in Windows.

How does a disk operating system work ?

For a computer running a disk operating system, the following six steps are standard :

The instructions given to the computer to perform an important task are known as commands. MS-DOS has several commands to perform each task and these commands are stored in the DOS directory of the disk.

There are two types of MS-DOS commands.

Related : is ms dos fat the same as fat32