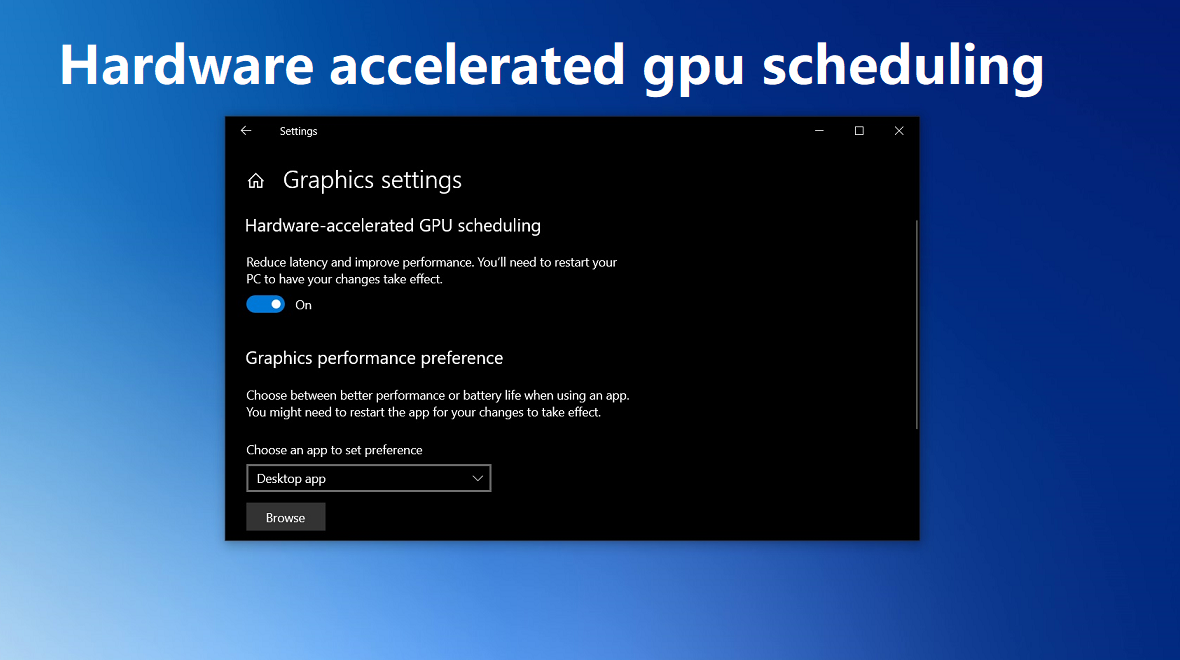 What is hardware accelerated GPU scheduling?

You’ll see what hardware-accelerated GPU scheduling is. Typically, your computer’s processor loads some visual and graphics-intensive data onto the GPU to render so that games, multimedia, and other apps run smoothly. The CPU collects frame data, assigns commands, and prioritizes them one by one so that the GPU can render the frame.

With the hardware-accelerated GPU scheduling feature, the GPU’s scheduling processor and memory (VRAM) takes a single job and runs it in batches to render the frame. This way, your GPU frees the processor from some of the work and potentially reduces latency in order for your PC to run optimally. below section we will describe about how hardware accelerated gpu scheduling work.

How does it work?

This technique is called frame buffering and it increases performance by producing better framerate. However, this process comes at a cost since it also increases input latency. As such, when you press a button, there will be no effect until the CPU submits the new batch to the GPU.

The hardware-accelerated GPU scheduling feature takes some of the high-priority tasks that your CPU usually manages and passes them to a dedicated GPU-based scheduling processor. Theoretically, this should take some load off the CPU and reduce the input lag.

Why do you want to enable it?

Microsoft introduced a new graphics feature in Windows 10 called Hardware Accelerated GPU Scheduling, which is designed to improve GPU scheduling by requiring drivers that support the feature. The option is available only when the system meets all the requirements.

To find out if Hardware Accelerated GPU Scheduling is available on your device, you can check the graphics settings of the system in the following way:

Follow these steps to turn on GPU hardware scheduling:

If you can’t find the option within Settings, you need to enable it from Registry Editor. Here is how you can do it:

In this article we have try to define “hardware accelerated GPU scheduling”. Hope you are like it! Thanks for reading this article.