Page Up and Page Down on Mac 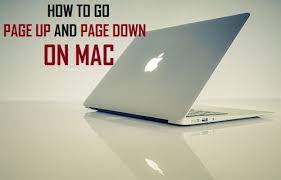 Whether computer or laptop all keyboards come with Page Up/Page Down keys, they are either individual keys or have built in Fn (function) keys. The Page Up and Page Down keys save time, and are very handy when you’re reading, editing, or doing document-related tasks with lots of pages – these keys allow you to move to the next/previous pages. Allows you to leave quickly.

On a Mac keyboard, you’ll have the Page Up/Page Down keys. On a Mac, when you hit the Page Up or Page Down keys ( fn + down arrow or fn + up arrow), it will only move the screen, not the cursor. If you want to move both cursor and screen you will need to use Option key + Page up or Page down or (Option key + Fn + Up arrow/Down arrow).

On other Mac keyboards, you’ll need to use the Fn key + the up/down arrow keys to get this functionality. However, the behavior of these keys is not the same as that of Windows. On Windows and Linux systems, when you use the Page Up or Page Down keys in a non-Edit view port, the window will scroll up or down by one screen. Many Mac users will notice that Apple keyboards as well as those included in the MacBook, MacBook Air, or MacBook Pro do not have the standard “Page Up” and “Page Down” keys. That doesn’t mean you can’t page up and page down on a Mac, however, similar to the Home and End functions, paging up and paging on any Mac keyboard with a Mac are two different ways to accomplish the same thing.

If you hold the function (fn) key and press certain keys on Apple keyboards, it makes those keys act differently. It activates their alternate function. Here are the common ones you should know:

Page Up with Fn + Up Arrow

The “fn” key is at the lower left of all modern Mac keyboards, and when you combine that with the Up arrow, which is found on the lower right of the keyboard, you will perform the equivalent of a page up.

Page Down with Fn + Down Arrow

Paging down is done the same way as paging up, using the same “fn” key and the Down arrow to perform the equivalent of a page down on a Mac keyboard.

Assuming the cursor is not in an active text box, hitting the Spacebar will Page Down in Chrome, Safari, and Firefox.

Assuming the cursor is not selected into an active text box or the URL bar, hitting Shift+Spacebar will perform a Page Up in Safari, Chrome, and Firefox.

Above this is the same on all Mac keyboards, including the Apple wireless keyboard, MacBook Pro keyboard, MacBook Air, and MacBook keyboard. The Apple Extended Keyboard has dedicated Page Up and Page Down keys, but this Function + Arrow trick will still work on that keyboard as well. Knowing the appropriate Page Up and Page Down shortcuts can be especially helpful, along with other such text navigation keystrokes. Hope this article is helpful to you.