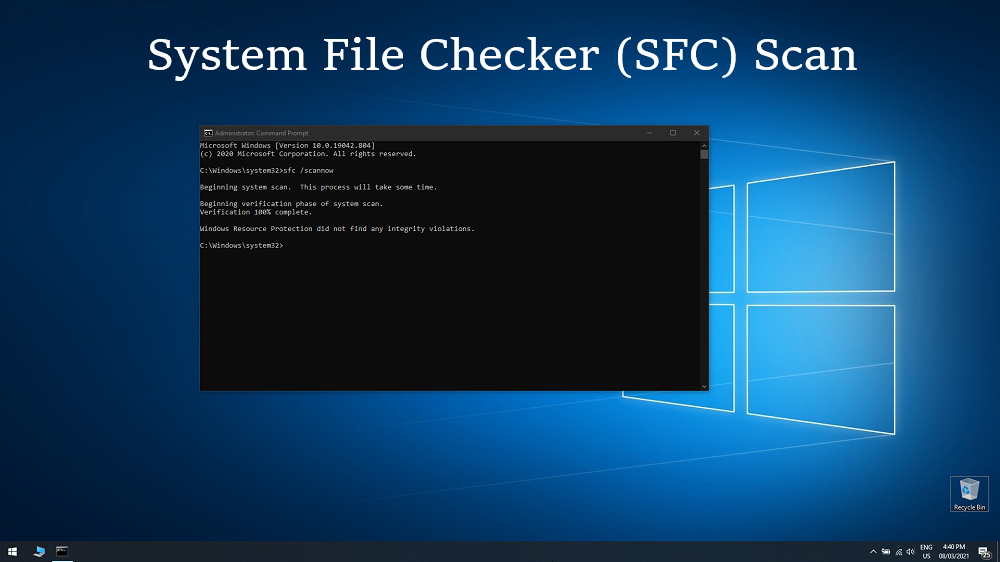 System File Checker commonly referred to as SFC is a tool that comes installed on all Windows computers to help troubleshoot system errors and issues that may be preventing your computer from booting up properly or running smoothly. Although SFC has been around since Windows 2000, many users are still unaware of its existence or the ability to run it, either on command or automatically through Task Scheduler.

How to Run the SFC Scan?

To run the System File Checker (SFC), you need to run the command line in Administrator mode, which can be selected from the Start menu. It’s a very easy-to-remember command you need to enter to begin the basic system scan.

Tip: The SFC command runs equally well on Windows 10 as well as Windows 8.1, 8, and even 7. No matter which Windows operating system you have, you should keep it updated for the best results.

The system scan process will take some time to complete, which can take several minutes, so you have to be patient. You can use the computer for other activities in the meantime, as the system scanning does not significantly burden your CPU and other resources.

Wait until the verification is up to 100%, and you will see the scan results. Now, You may receive one of the following messages, some of which indicate errors.

How to Run SFC Scan in Safe Mode?

How to Run SFC Scan in Checker logs?

After you complete the steps, the log file will reveal all the scanned system files and information for the unrepairable files.