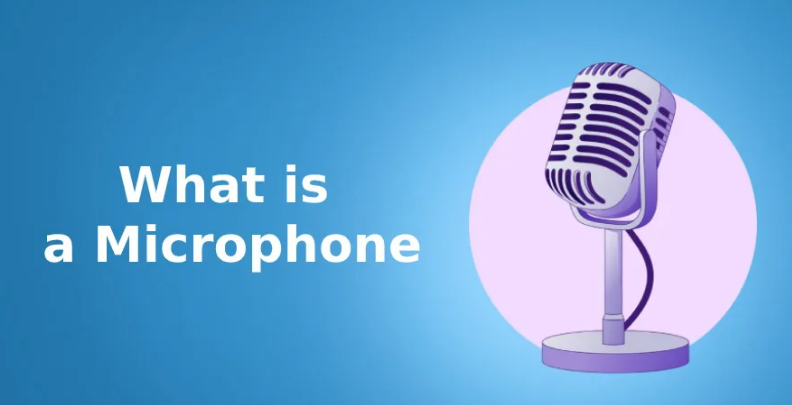 Microphone is an input device that converts your voice into digital data. With the help of microphone, you can put audio data in the computer.

Today’s era is the era of computer and digital resources, microphone is very important in today’s time. With its help, we can do video calling through various applications on the Internet, call a person sitting far away, make our voice accessible to everyone in any function and noisy place.

What are the uses of Microphone?

Where do you plug a microphone into a computer?

For a desktop computer you’ll probably need to look at the back where the rest of the sockets are. You should find the mic socket by its colour and the mic image.

For laptop it’s usually the socket next to the headphone or microphone port found on the front or side of the laptop.

The device on Androids is typically at the bottom of your phone.

What type of microphones are available?

The dynamic microphones are a type of device that uses the diaphragms, coil, and magnets as components.

The condenser has a little bit different functionality as the diaphragm used for the movement of capacitor metal plates and then generates the electric current.

The laser is a type of microphone that captures the vibrations from the surface and is able to capture sound from the distances.

Is Microphone is a Input Device?

Microphone is an input device to input sound that is then stored in a digital form. The device is used for various applications such as adding sound to a multimedia presentation or for mixing music.

When a device is connected to a computer (via an audio interface or another analog-to-digital converter), it sends/inputs information into the computer. This means microphones are input devices.

What are the advantages of a microphone?

Do microphones have batteries? Wireless mics run on batteries, which provide power to the wireless transmitter. If the device has a condenser capsule, the batteries provide a DC bias voltage a microphone’s JFET impedance converter (internal preamp).