What is the default font used in ms word document ? 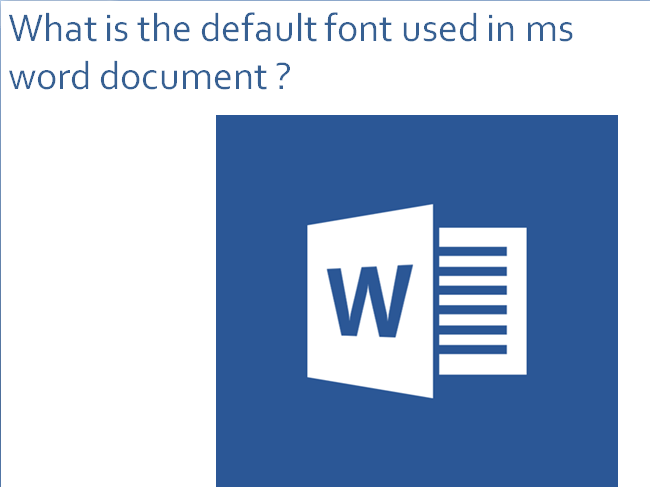 Default font is the font that appears to be selected by default in ms word document. The default font varies according to the versions of Microsoft Word.

How do we change the Default Font in Word Document?

Why Microsoft changed the type of font from Times New Roman to Calibri ?

Since fonts was designed to optimize print prior to the advent of computers. Times New Roman was invented basically for newspapers. As computer expanded its criteria and become more and more accessible to public, it was clear that so many documents were distributed in digital format and and it’s being very typical to print all that documents. So it was important to make some changes for betterment in their fonts.