What is topology in computer network? 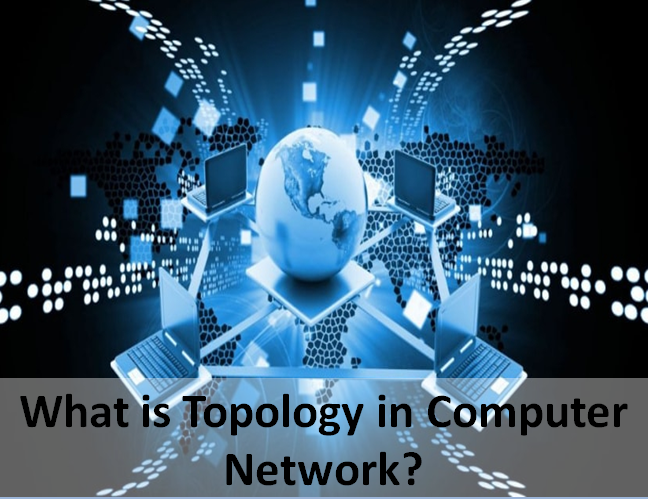 A topology mainly describes ‘how devices are connected and interact with each other’ using communication links. It is an arrangement with which computer systems or network devices are able to connect with each other. It is just like a structure of the interconnected networks of all the components.

This structure of a network comprises of nodes and connecting lines via sender and receiver. Nodes usually include devices such as switches, routers and software with switch and router features.

Topology may define both physical and logical aspect of the network. So, There are two types of a network topology, such as :

A physical topology of a network includes the following :

In the Bus network topology, along with a single cable we can connect each and every node is in series. Now a days, This arrangement is primarily available in cable broadband distribution networks .

In the star network topology, a central device connects to all other nodes through a central hub. Switched LAN (Local Area Networks) based on Ethernet switches. And most of the wired home and office networks have a physical star topology.

In the ring network topology, the nodes are connected in a closed-loop configuration as you can see in a figure. Some rings pass data in one direction only, while others are able to transmit data in both directions. These bidirectional ring networks are more flexible and compatible than bus networks. Since, in this topology traffic can reach a node by moving in either direction.

The mesh network topology links nodes with connections so that multiple paths are available between some points of the network. When a network is said to be fully meshed, all of its nodes connect directly to all other nodes. And we’ll call it partially meshed when some nodes have multiple connections to others.

The tree network topology consists of one root node, and all other nodes make a hierarchy like system. The topology itself create a star configuration. Generally trees configure as Larger Ethernet switch networks, including data center networks.

The hybrid network topology is the combination of two or more topologies. Hybrid topology typically provide exceptional flexibility, Since they can accommodate and manage a number of setups. For example, different departments in the same organization may opt for personalized network topology that are more adaptable to their network needs.

A logical topology referred as the relationship between nodes and logical connections – defining ‘how data should transfer over network’.

The logical topology is the topology as the user sees it. Internet Protocol (IP) and Ethernet networks are two common examples of logical topology. They are fully meshed with each other at the connection level since any user can connect with any other user. It is the architecture of the communication mechanism for all nodes in a network.