Why is the keyboard not in alphabetical order? 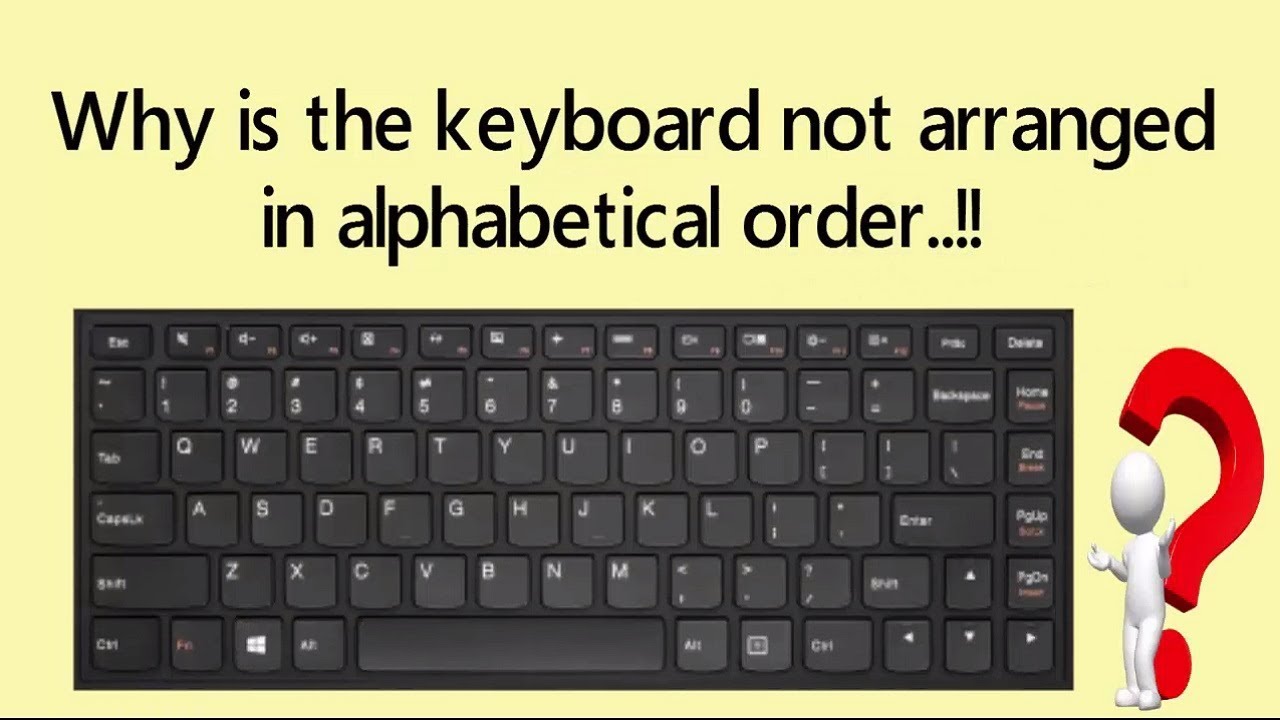 In this article we will discuss about “Why is the keyboard not in alphabetical order?” Learn about it, QWERTY was the first typing layout invented in the 1870s to complement typewriters. It works very well with typewriter. Another alternative to QWERTY is the Colemak Keyboard. Colemak keyboards are quite similar to QWERTY keyboards, which makes it easy for users to switch from QWERTY to Colemak.

American inventor Christopher Latham Sholes is credited with inventing the QWERTY keyboard. Sholes filed a patent to develop his keyboard in 1867. An earlier keyboard developed by Sholes was alphabetical and the letters were placed like keys on a piano.
The idea was that everyone was familiar with the English alphabet, so it would be easier for them to type if the keys were arranged alphabetically. However, this design had a fundamental drawback: letters on the type-bar would collide if adjacent letters were typed simultaneously or in rapid succession.

Why is keyboard not in alphabetic order?

Because they use the Qwerty pattern originally developed for mechanical type-writers. The logic of the Qwerty layout was based on the use of letters in English rather than the location of letters in the alphabet. The QWERTY keyboard, when it came to popularity, was the only keyboard of its kind. This meant that all typists were trained in QWERTY, which became the norm.

Reasons : why keyboard not in alphabetical order?

Here some reasons we show you :

All applications are based on the QWERTY keyboard, because they are believed to provide the fastest possible typing. It’s actually an efficient layout for keyboard thats why keyboard not use in alphabetical order. QWERTY become the standard for keyboards.