What does telegraph mean ? 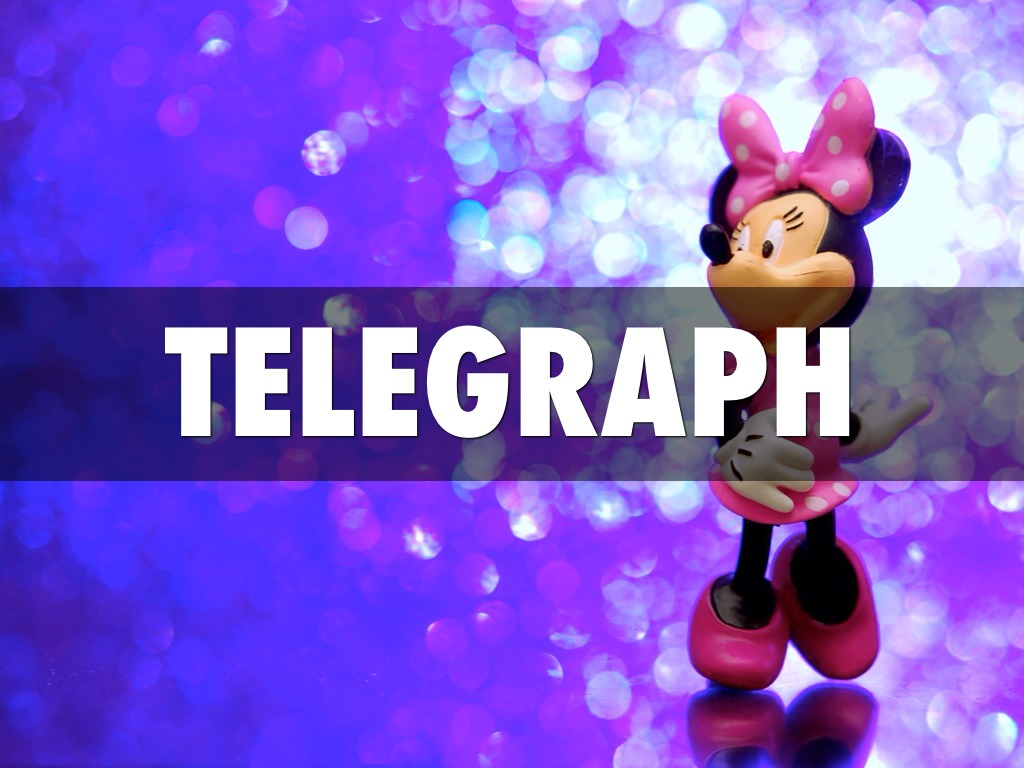 Telegraph mean is a machine that electronically transmits messages along a system of wires from one transmission point to a receiving point at a different location. The telegraph allowed quick communication that was once impossible. The telegraph enabled greater economic and personal opportunities and relationships to develop.

Telegraph is known as a communication system, it works to send information by making and breaking electrical connections. It is associated with sending electric current pulses along a wire with Morse code encoding. The telegraph is considered the forerunner of all communication systems today, and many of the principles developed for the telegraph are still in use in modern communications and computer networks. The word comes from the Greek words tele, meaning at a distance, and graphion, meaning to write.

How was the telegraph invented ?

Humans have used a variety of methods to transmit messages so that the voice can be heard and is louder than the written message. These included primitive methods such as signal fire, smoke signals and drums. These could only send simple messages and could not be used for rapid back-and-forth communication.

Various visual signaling systems were developed in the 1700s for communication between ships at sea. Semaphore flag signaling used the position of two flags to send a message. Other systems use flashes of light provided by a mirror or shutter above the lantern to transmit messages. Such systems are examples of encoding a message so that it can be transmitted.

Samuel Morse, often credited with inventing the telegraph, was developed in 1835 and patented in 1837. But many other researchers were working on similar systems, which contributed to the scientific understanding that made this possible.

In the early 1800s, an understanding of how electricity was generated, stored, and transmitted over wires was being developed. In the early 1830s, Joseph Henry discovered the principles of electromagnetism and demonstrated a crude signaling device similar to the telegraph. For his discoveries, the unit of electromagnetism, the henry, was named after him. Several other inventors also demonstrated and patented systems of communication using electricity, but these often relied on using magnetism to inject needles and were not reliable.

Samuel Morse’s system, called Morse code, encodes letters with simple on and off signs of two lengths, called dots and dashes. It can be considered an early example of binary code. Such messages could be transmitted reliably over large distances and were relatively easy to read and learn to transmit. Further improvements in Morse code shortened the more common letters to be transmitted.

Various methods were used to transmit and transmit Morse code. In Morse’s original designs, a board with separate electrical contacts for each letter was used; The operator will run a stylus over the contacts for each letter to create a pulse. Soon after, a simpler system with a handswitch, called a key, was developed by Alfred Weil. Dots and dashes can be read with various mechanisms, such as lights, buzzers or electromagnetically activated relay clicks, or even written on ticker tape.

How is telegraph used ?

Illustrated Guide storyboards contain easily digestible information with visuals to encourage comprehension and retention. Storyboard That is passionate about student agency, and we want everyone to be storytellers. Storyboards provide an excellent medium for students to share what they have learned and to teach it to others.

Use these illustrated guides as a springboard for personal and classroom-wide projects !

Telegram is one of the popular known messaging application. It is a feature packed application which provides enough features to make communication better and more secure. When it comes to functionality, Telegram is an application that provides the user with an absolute obligation to manipulate the application and use it as per the requirements. There are also some tricky features offered by Telegram that its rivals cannot even imagine. Apart from the most popular features like editing already sent messages, sending live and current location, editing images and videos, etc., it allows the user to customize the interface and experience accordinglys.

Telegram has some surprising and lesser known features. Let us understand some of them one by one :

Special Folders of Chat : One of the useful tricks of Telegram that one should know is ‘Chat Folders’. Users have separate groups, some with office colleagues, for meetings and discussions, and some individual social groups. Telegram allows the user to create special folders for each chat group to separate them at different levels. To do so, open the hamburger menu -> Settings -> Folders -> Click on Create New Folder. Give the folder a name and move the chats in it.

Editing Image While Sending : Sometimes we send wrong picture or picture without editing it. Telegram has a solution for this problem. We can edit the picture even if it is sent by: Long press the picture -> Click on edit button -> Select desired filter/crop/edit image from inbuilt photo editor. Editing an image in Telegram is similar to editing a text already sent to the person.

Silent Messages : Telegram allows the user to send silent messages without any sound. These messages are quite helpful when we do not disturb the receiver (either they are reading, attending a meeting, sleeping, etc.). To send a silent message: Type the message -> Long press the send button -> Select Send without sound.

Turn on Incognito Chat : Unlike other messaging applications, Telegram allows the user to keep the chat private. Telegram allows user-to-user encryption (although other chats are user-to-server encrypted) to keep private content that is not being intercepted by anyone (even hackers or authorities). Which stores the chat on an anonymous server (not on a telegram server). To start incognito chat with person click on person profile/user info -> scroll down -> start incognito chat. Incognito chat has some restrictions like both users cannot forward messages, screenshot feature is disabled, etc.

Editing sent messages : This happens a lot for people who have sent the wrong message or message in the wrong window. Telegram gives the user the power to edit the text even after it has been sent. To do this long press on the text -> click on the edit icon at the top. There is no time limit for editing messages. Users can edit a message up to 48 hours after it has been sent.