What is a Router? 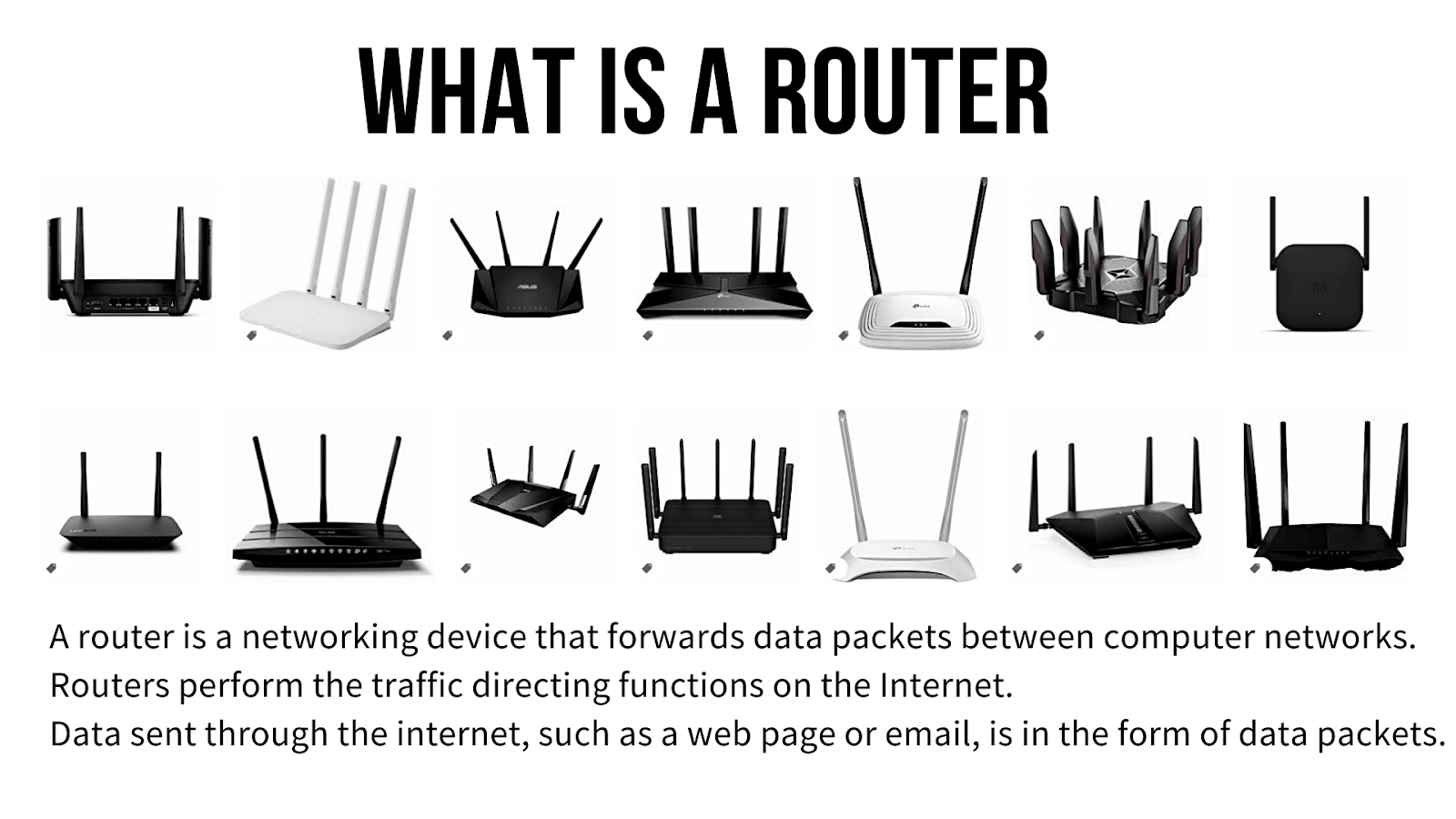 A router is a device that connects two or more packet-switched networks or subnetworks. It serves two primary functions: managing traffic between these networks by forwarding data packets to their intended IP addresses, and allowing multiple devices to use the same Internet connection.

You can think of a router as a small electronic device that connects or connects several computer networks together through a wired or wireless connection. Router is a hardware networking device. It is used in the network.

This networking device is used to connect different networks in wire or wirelessly.

What are the functions of Router?

As you know, its information has been given in this article above. This is a specialized computer. It also has different parts.

How does Router works?

Router works to forward packets from one network to another. It can also be said that it sends packets from Source to Destination Address. Its main job is to receive the packet and deliver it to the receiver.

A Router also connects many networks and also maintains its Routing table. maintain means keeps updating. Each router keeps information about the around him.

Routing Protocol resides in all the routers, with the help of which they communicate with each other. And along with this share the information of their connected networks among themselves, update the routing table.

You sent a Facebook message from your computer to your friend who is currently in Delhi. First of all the message gets converted into a packet and reaches the nearby router. Now it checks Routing Table with Routing Protocol.

All the nearby routers in the routing table have their address and path distance. Then after this the packet is forwarded to the nearest router, in which the IP address of the receiver remains.

How many types of Router are there?