What is a CPU? 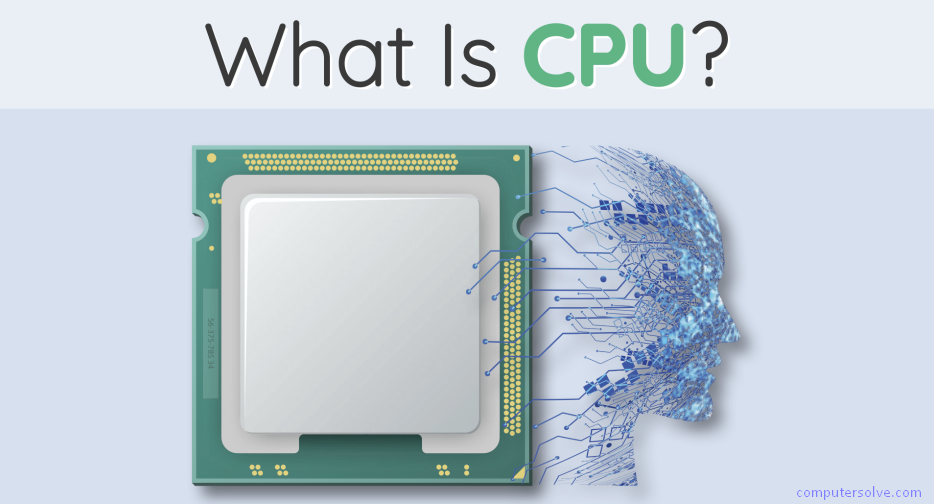 “CPU” stands for Central Processing Unit. As mentioned above, it instructs the memory and storage devices to write or read “this data“. In addition to storage, a computer has input devices such as a mouse and keyboard and output devices such as a display. The unit that controls all of these devices in the computer is the CPU.

What is a CPU and where is it found in a computer?

Often referred to as the brain and heart of all digital systems, a CPU is responsible for doing all the work. It performs every single action that the computer performs and executes programs.

What does the CPU do?

Often compared to a calculator, the CPU performs basic calculations that allow the computer to respond to your commands. The CPU serves as the brain of a computing device by interpreting commands into binary code, which is used to make other components within the computer perform necessary tasks.

When a program sends a command to the CPU (for example, opening a document, playing an audio file, or navigating to a website address), it performs calculations in a series of three steps known as instruction cycles. Is known. How does the order :

Once the process is finished, the CPU automatically moves to the next task in the queue and starts the instruction cycle again from the first stage.

Every CPU has a set of built-in commands known as an instruction set. These basic tasks are hardwired into the CPU and involve things like simple mathematical calculations. When a CPU receives complex instructions, it breaks them down into simpler tasks to complete, using some of the knowledge stored in the instruction set.

Related: how to change cpu fan speed without bios

The processing speed and response time of your computer largely depend on the CPU. Nevertheless, they can also be affected by memory, core processing power, and other factors.

What is the type of CPU?

If we look at the current market data, it is not difficult to conclude that AMD and Intel manufacture the majority of CPUs. Both of these manufacturers have made their own CPUs. That doesn’t mean there aren’t other types of CPUs on the market. In this section, we will learn what are the different types of CPUs.

We have put together a list of those different types of CPUs. And that list is mentioned below.

This is the oldest type of computer CPU. These CPUs were used during the 1970s. As the name indicates, this type of CPU has only one core that processes different tasks. This means that the CPU can process only one operation at a time. The CPU continuously switches between different sets of data streams whenever more than one program is started. This is the reason why this type of CPU is not suitable for multitasking. This is because it will reduce the quality of CPU performance.

Dual-core CPUs have two cores within a single integrated circuit (IC). Each core also has its own cache and controller. These controllers and cache are linked together to work as a single unit. This is the reason why these CPUs can operate faster than single-core processors. These types of CPUs are able to handle multitasking more efficiently than single-core processors.

Quad-core CPUs come with an integrated circuit (IC) or two dual-core processors contained within the chip. This means that a quad-core processor consists of a single chip with four independent units, also called cores. These cores are capable of reading and executing various instructions provided by the CPU.

Cores can also run multiple instructions at the same time. This increases the overall speed for programs compatible with parallel processing.

Readers may be interested to know that quad-core CPUs use a technology that allows all four independent processing units, or cores, to run in parallel on a single chip. It integrates multiple cores within a single CPU. And this results in higher performance that can be produced without even increasing the overall clock speed.