What is bluetooth named after ? 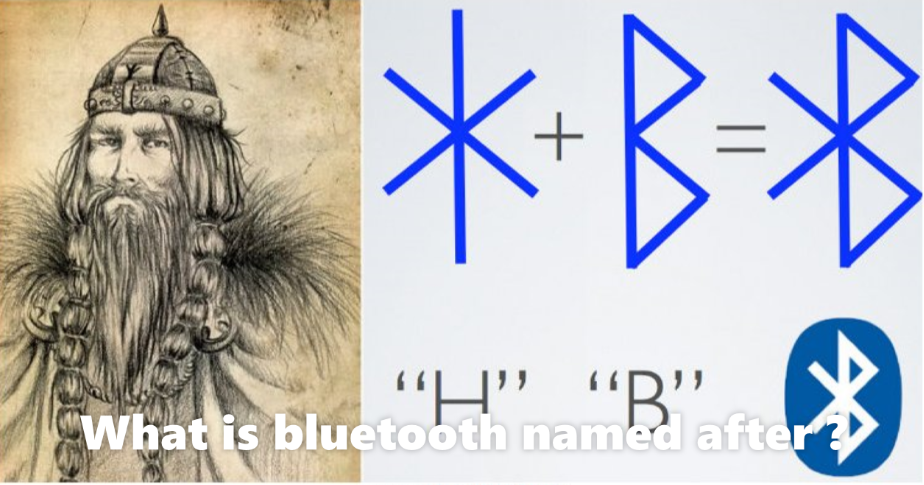 Bluetooth is named after an ancient king named Viking. He was also the person who unified Denmark and Norway. According to Britannica, Harald ruled as King of Denmark and Norway from 958 to 985 in the late 10th century, and was known to unite Danish tribes and convert Danes to Christianity.

Bluetooth can be used to wirelessly transfer files like photos to and from your mobile device without data charges. To set up Bluetooth file transfer between smartphone, tablet and PC, enable Bluetooth (and visibility). If a desktop or laptop is included, set up (or pair) the mobile device with the computer.

Bluetooth was named after a tenth-century king, Harald Bluetooth, King of Denmark and Norway. Due to  his dead tooth, which was a dark blue/grey color, and earned him the nickname Bluetooth.

The squiggle of shapes in the bright blue brandmark comes from the runes in the Roman alphabet representing “H” and “B”. In other words, they’re the initials for Harald Bluetooth. In technical terms, the Bluetooth logo is a “bind-rune”. This simply means that it’s an image made up of two runes merged together.

What is Bluetooth File Transfer ?

Bluetooth File Transfer is an easy way to send files to another Bluetooth device nearby without the need for a separate app. Bluetooth is compatible with smartphones, tablets, laptops and desktop computers. You can transfer files over Bluetooth using Android OS, Fire OS, Windows OS, Mac OS and Linux OS.

Bluetooth file transfer between iOS and Chrome OS is not supported. On iOS, you’ll need to use a separate app like Move to iOS or Apple AirDrop to transfer files and photos from iPhone to Android or Chrome OS over Bluetooth. Devices that are compatible with Bluetooth File Transfer have a system setting that supports Bluetooth and is called Bluetooth Share (or something similar).

How to use bluetooth to transfer files between devices ?

The steps to turn on Bluetooth on phones and other devices vary. Here are the general steps, with some examples.

To transfer files from a smartphone or tablet to a PC :

While macOS supports Bluetooth, file transfers with that system are managed by AirDrop. Windows PCs are able to send files to a mobile device (and vice versa).