What is Signal App? 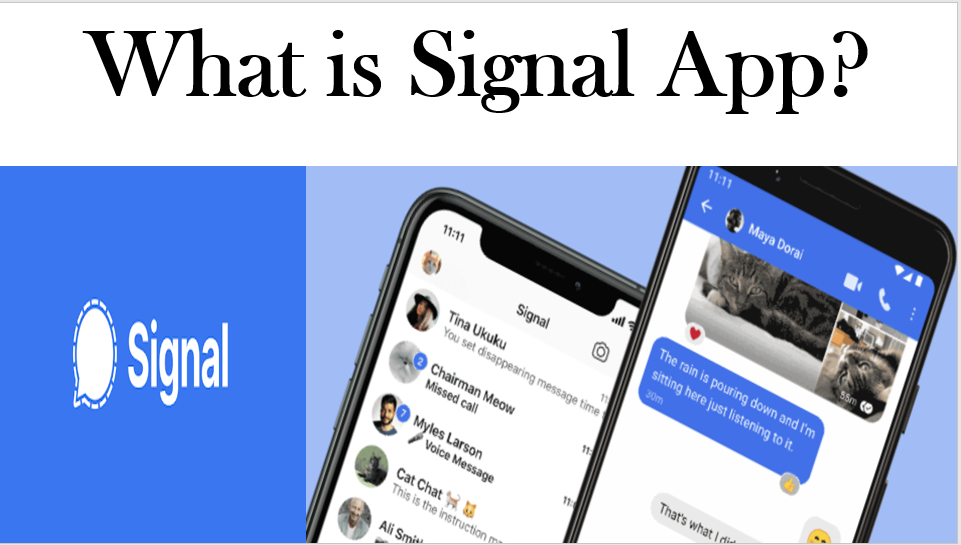 Signal App is a secure messaging app that is very similar to WhatsApp. It is not only a messaging app but also a protocol. In this, you can send a message to any other user, you can chat and you can also create a group.

Messaging apps to compete with WhatsApp like Telegram, IMO are already present in the market, but all these apps also could not do anything special in front of WhatsApp.

In which our Files, Voice Notes, Images and Videos are sent from one person to another. It can also be used to make one-to-one and group voice and video calls.

Why is the Signal app special?

Being a non-profit organization, ads do not come in it and will never come in the future. The company has no greed to earn money and when there is no greed then it has nothing to do with your personal data.

Signal App is available on Play Store which way you install WhatsApp in your smart phone. Similarly, download the Signal App and install it on your Smartphone.

Install most amazing and most secure messaging app and connect with your family and friends.

According to the Privacy Policy, it does not share any user’s data with anyone. And it does not take any information other than the mobile number of the users.

This app looks at the contact list of users to tell which user is using. The minimum age to use 13 years. In this, the entire chatting history of the users remains in the phone itself.

If the user’s phone gets damaged or lost, then the chatting history will be completely destroyed. Because the company has not provided any facility of backup in computer and android.

Why would we use the Signal app?

It has also gained popularity during the recent pandemic and during protests as a way to communicate safely.

Is the Signal app safe?

Nowadays it seems that there is a war between WhatsApp. Both are launching new features to win the trust of the users. This makes it a popular choice for users looking for enhanced privacy and security.