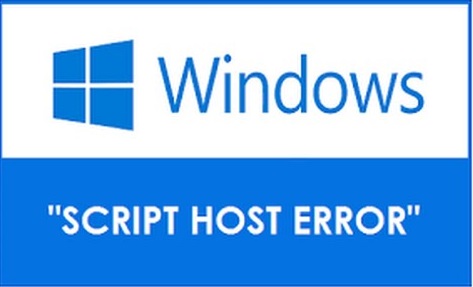 The Windows operating system comes with an administration tool called Windows Script Host. Computer administrators with script hosts can automate or administer certain tasks for client computers or servers. A script can be loaded or executed automatically with websites that use scripting. End users will see a message with a warning or dialog box asking if they want to continue running the script from the website they have visited. These scripts can be run either from desktop by double clicking on the script file or from command prompt.

This type of error appears when the Windows Script Host tool, which is in charge of handling scripts being run by the system administrator, fails to read a particular script file or encounters some other problem. The problem can be caused by a malicious program, a faulty system file, a bad script file, or a faulty hard disk.

What is Windows Script Host Error ?

This is an error that sometimes occurs on PCs running all versions of the Windows operating system. Windows Script Host error is system related (it is independent of any specific software) and often indicates a virus/malware infection, registry problem, or VBScript file issue.

Three types of reasons are known to be responsible for the Windows Script Host error in Windows 7, Windows 8 and Windows 10.

Virus or the Malware : Windows Script Host virus or malware is proved to be the major cause of this error. The virus/malware may attack your system and infect the crucial system files with a malicious code. In this case, you must remove/eliminate the virus completely in time; otherwise, it may delete your valuable files/partitions, and even ruin your system.

VBS script file damage : the VBS script refers to the file that contains VBScript or Visual Basic Scripting codes. If the file goes wrong, the Windows Script Host error vbs will appear on your computer at any time.

Registry errors : this type of errors usually shows up when you install new programs over the old programs directly. This will result in a slow speed in opening the programs and even a sudden crash in the system. To avoid this, you should uninstall the old ones completely before starting the install of the new program.

Windows Script Host error may look like a virus or malware infection to the untrained eye, however, it is nothing more than an error with the VBScript file. It appears with all versions of the operating system, and does not depend on any specific software that may trigger it.

If this error occurs, people may recommend scanning your system for malware, but some users have also reported that their antivirus cleared the virus, but did not trigger the .vbs file. Skipped the entry, and they still get the error.

Still, there are a few things you can try to fix this problem, and all have been reported to work by different users, which means it takes a little trial and error to fix things , Maybe, but there are guaranteed ways to help you.

It’s a solution to many problems, and it’s been reported that it works with it as well.

Solution 2 : Use Registry Editor to fix the problem –

Choice 1 : Return the default value of .vbs in VBS file

Choice 3 : Delete the *.vbs entry that appears on your startup

This method requires you to boot into Safe Mode, which is done when you turn on your computer, by pressing F8 just before Windows boots, and by choosing the Safe Mode option in the menu on Windows Vista and 7 systems. .