How many parts of Computer? 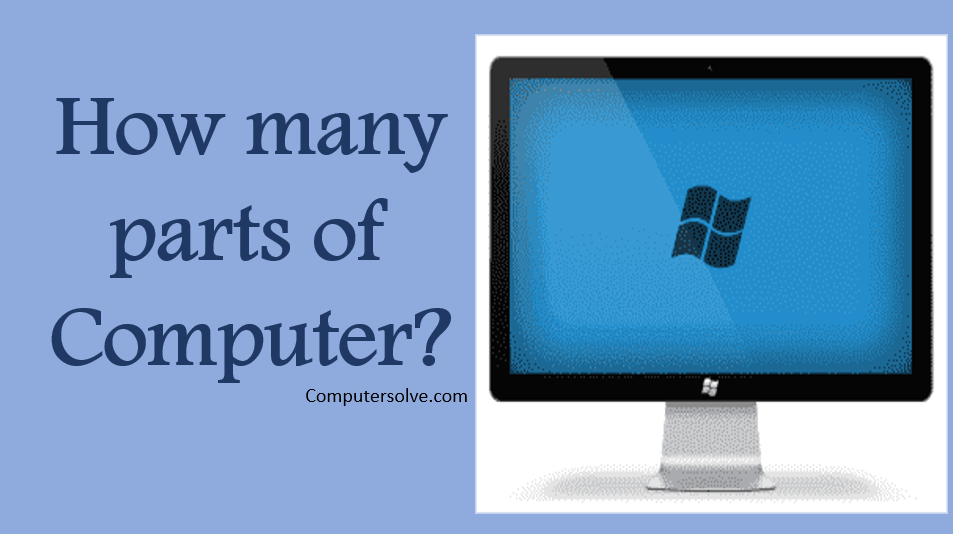 Many such parts together make up. Let us know about these parts in detail.

It’s the circuit board that connects all of your hardware to your processor, distributes electricity from your power supply, and defines the types of storage devices, memory modules, and graphics cards (among other expansion cards) that can connect to your PC.
Functions of the Motherboard

RAM stands for random-access memory, but what does that mean? Your computer RAM is essentially short term memory where data is stored as the processor needs it.

ROM, which stands for read-only memory is non-volatile memory that permanently stores instructions for your computer.
Function of ROM

Hard disks are flat circular plates made of aluminum or glass and coated with a magnetic material.
Function of Hard Disk

The purpose of a power supply unit (PSU) is to supply power to all of your PC components. Like CPUs and hard drives, power supplies come with many different features. Every user has specific power needs that can vary significantly from person to person.
Function of PSU

A mouse is a small handheld input device that controls a computer screen’s cursor or pointer in conjunction with the way it is moved on a flat surface. It is dominated by an encoder chip, a small processor that reads the pulses coming from the infrared sensors and turns them into bytes sent to the computer.
Function of Mouse

A keyboard is for putting information including letters, words and numbers into your computer. It consists of multiple buttons, which create numbers, symbols, and letters, and special keys like the Windows and Alt key, including performing other functions.
Function of Keyboard

A webcam is a digital video device commonly built into a computer. Its main function is to transmit pictures over the Internet. It is popularly used with instant messaging services and for recording images.
Function of Webcam