What is client server runtime process? 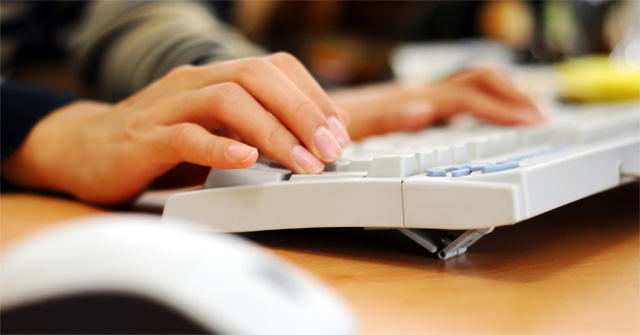 In Windows NT 4.0 and onwards, most of the major operations of the Win32 subsystem are taken care of by kernel-mode drivers. Therefore, csrss.exe is primarily responsible for handling the Win32 console and closing the GUI.

Nevertheless, it plays an important role in overall system operation. Therefore, if you terminate the csrss.exe process it may trigger a total system failure. Windows has dozens of processes running in the background, and you can see them in the Task Manager. One of them is the Client Server Runtime Process (CSRSS), and it is an integral part of the Windows Operating system. The Client Server Runtime Process doesn’t do much these days, but it was responsible for handling the entire graphical subsystem during the era of Windows NT 3.x. Part of its operation included managing windows and drawing things to the screen like window frames and menus.

When Microsoft released Windows NT 4 in 1996, it removed a majority of CSRSS’s graphical operations. It did this to improve the OS’s visual performance. Since Windows 7, the process is only responsible for handling the console and shutting down the graphical user interface (GUI). CSRSS is a process that starts running as Windows is booting up it can’t run after. So if something unexpected happens and it fails to launch, you’ll most likely get the infamous blue screen of death (BSoD).

In Task Manager on a Windows PC, we always noticed that there are some processes named Client Server Runtime Process (csrss.exe) running. Sometimes it can occupy high CPU of the RAM or some virus detect tools claim the process as malware and suggest it to be removed. But csrss.exe process is a necessary part of the Windows system.

Is the csrss.exe process a virus?

Csrss.exe is not a virus. It’s a usual and legitimate process, and is located in the C:\Windows\system32 directory in your system. You can double-check the file location using the below steps:

CSRSS stands for Client-Server Runtime Process. It’s a crucial part of your entire Windows system. In fact, in the early editions of Windows, this file was responsible for all graphical elements in your OS. If you have taken the time to look at your Windows Task Master, you may come across a file called csrss.exe. While your first impulse may be to assume this is a virus or other form of malware, don’t panic. The file is an essential part of your Windows operating system (OS).

While many of those operations have been shifted to the Windows kernel (the central part of your computer’s OS), csrss.exe remains an important file. Before Windows 7, csrss.exe actually opened and maintained Windows. Since then, it has become responsible for launching another file, conhost.exe. It now draws your windows. It is also responsible for the shutdown process.

What is client server runtime in technical term?

The specific system service on which csrss.exe runs is user mode. A typical user-mode process can call multiple functions. These support the creation and simultaneous creation of console windows, processes, and threads. In Windows 7 and onwards, the csrss.exe file generates a sub-process called conhost.exe to create a console window that is used to build command-line programs after obtaining permission from the user.

Additionally, the Win32 subsystem has several defined libraries such as user32.dll, kernel32.dll, and gdi32.dll. When a particular function is called by a user-mode process instead of initiating a system call, the libraries invoke the csrss.exe process by generating an inter-process call. csrss.exe accomplishes the lion’s share of the basic task without disrupting the kernel. The kernel-mode driver or win32k.sys is known to be in charge of managing Windows and GDI services.

During Windows start-up, the smss.exe file is requested to provide both the csrss.exe and winlogon.exe files. If either of the files is corrupted or is somehow inaccessible, the kernel will be instructed by SMSS to abort start-up by displaying a Blue Screen of Death with error code 0xc000021a.

Can we turn off the csrss.exe process?

Since this is a critical Windows process, it cannot be turned off, disabled or deleted. In fact, it’s a harmless process that consumes minimal resources and rather carries out a few crucial functions in the system. So, if you try to end the Client Server Runtime Process in the Task Manager, it will show a warning prompt that ending the process can make Windows unworkable or shut down completely. If you still continue to end the process, you will see message saying “Access Denied”.

The csrss.exe process always starts with the Windows startup and so if it fails when the Windows boots, it generates the much dreaded Blue screen with error code – 0xC000021A. Therefore, there’s no way you should try to disable this process.

If there are multiple instances of the client-server runtime process, you need to identify the genuine and the duplicate. To check and confirm if the process is genuine, make sure you open the file location and refer to the directory as C::WindowsSystem32. However, if it isn’t, then you really have a problem to fix. You can run an antivirus scan right away. If that also doesn’t work, the only option left for you is to format your system and start everything anew. Also, since the csrss.exe process is extremely lightweight, it does not use up too many system resources or slow down your system.

Hopefully, by now you have understood the basic understanding of the importance of client-server runtime process or csrss.exe process.