What is the latest version of Windows 10? 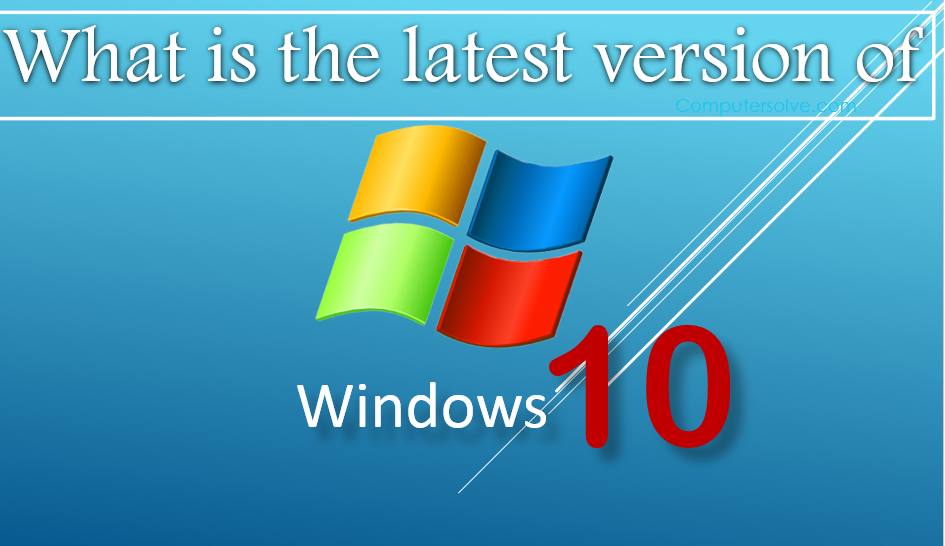 Windows is Microsoft’s Operating System for computers and servers. As of March 2022, version 21H2 (also known as Windows 10 November 2021 Update) is the latest version of Windows 10.

In the Start/taskbar search field, type Winver.exe and hit the Enter key to open About Windows dialog. The dialog displays the current version of Windows 10 installed on your PC along with the build number. Version number 21H2 indicates that you have the latest version.

So now you can check is you are using latest version of Windows. “Windows 10, version 21H2 is designated for broad deployment.

How to get the latest version of Windows 10?

Step 1: Download the Media Creation Tool from this official page.
Step 2: Run the same on your PC. Accept the license agreement to proceed.
Step 3: On the “What do you want to do?“ screen select Upgrade this PC now option
Step 4: Click Next.
Step 5: Now begin downloading the latest version of Windows 10 from Microsoft servers.
Step 6: Once done, you will get the following Ready to install screen.
Step 7: Click the Install button to begin installing the feature update.
Step 8: It might take 30 to 90 minutes to complete installing the update.

Feature updates will be released annually in the second half of the year via the General Availability Channel.

Microsoft has revealed exactly when version 21H2 will reach end of support: 13 June 2023. That’s consistent with the rough 18 months of support usually provided.

Running any version of Windows that’s not supported is a big security risk – it leaves your device vulnerable to bugs, viruses or malware that emerge. Microsoft is encouraging users to get Windows 11 now, but there’s no requirement to for a while yet.

Will my Windows PC get the 21H2 update?

Yes. If your PC is able to download the 21H1 update, there’s no reason it won’t get version 21H2. Microsoft may have updated the hardware requirements for Windows 11, but there’s nothing to worry about when it comes to Windows 10.

We found no significant differences between gaming performance on the latest Windows 10 May 2021 (21H1) version compared with October 2020 (20H2) version. Overall, the results are well within what is considered our 3% margin of error, or “benchmarking noise”.