What are input and output devices ? 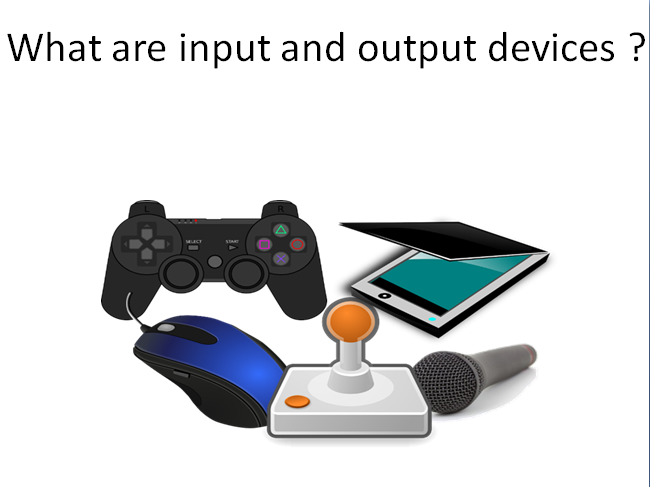 Input and Output devices create an interface between the user and the computer. Input device sends information to a computer and an output device receives data and then reproduces or displays the results of that processing. These devices plays a major role in a computer system. Since they both are dealing with data but in different ways.

Input Devices can send data or information to a computer or another device but can’t receive data or signal from some other devices. Different types of input devices are listed below :

An Output Device is a type of device that receives data from a computer on another device and produce output with that data. Here are some examples of output devices given :

What are Input/Output Devices?

Input/Output Device is also called as an ‘IO Device’, is any hardware used by a human operator or other systems to communicate with a computer. Since they are capable of sending data to a computer and receiving data from a computer as well. Here are some examples of IO devices given :