What is a runtime error? 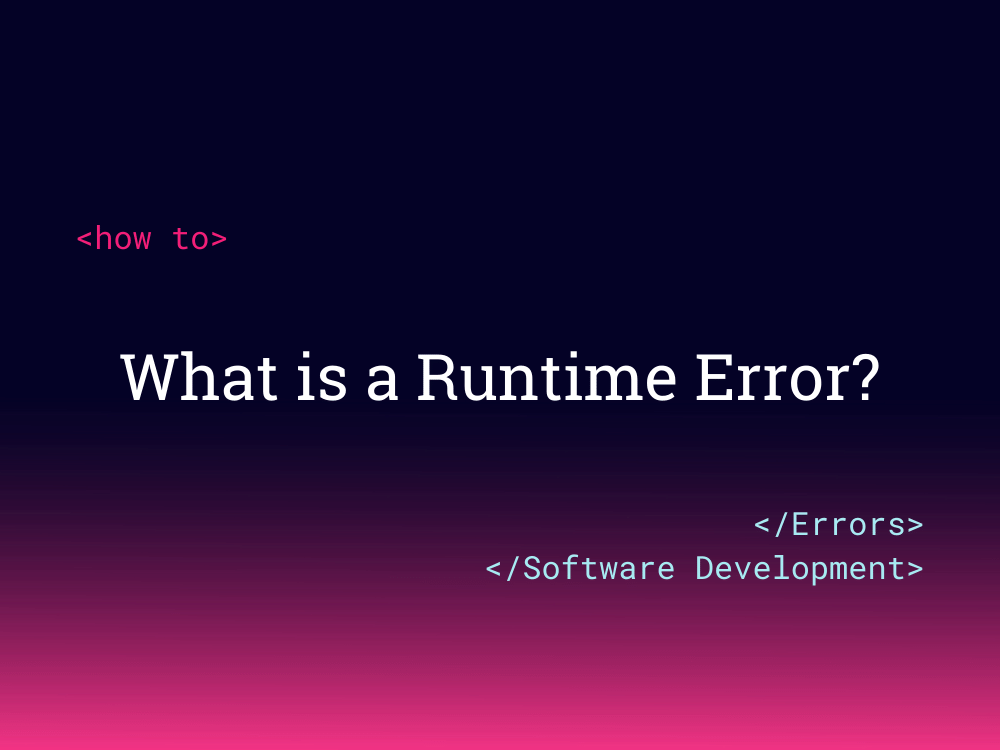 Runtime errors usually appear in a message box that contains a specific error code as well as its description. It is quite common that the computer slows down significantly before the runtime error appears.

When a problem occurs and the software is unable to resolve it, it generates a runtime error. Here, the error is a production by that specific software and not by the OS. Through a self-assessment mechanism known as a trap, the software self-diagnoses and recognizes that it cannot proceed, leading to a runtime error. When a runtime error is displaying on and off, the associated software usually exits or freezes. In some cases, the OS is rebooted.

There are many reasons behind runtime errors. Some of them are as follows :

Why and when do runtime errors occur?

There are many reasons why users receive runtime errors on their computers. We’ll describe the most important reasons here :

Memory leaks are the most common cause of runtime errors on Windows computers. It occurs when a program manages memory allocation incorrectly, such as consuming more RAM without freeing it. Memory leaks also occur when running code cannot access objects stored in memory.

Sometimes when a user is installing a program, the installer suddenly stops. There are many reasons for this interruption like power failure, system hang etc. This results in incomplete installation which may lead to runtime errors on the system.

A corrupted or damaged registry can cause the program to malfunction due to which you may get a runtime error. There are many reasons for the registry to be damaged. One of the main reasons is manual changes to the registry. Therefore, you must be careful while editing registry keys. It is always best practice to back up the registry before making any changes.

How to fix runtime error?

Runtime errors emerge in a variety of situations, so potential fixes are across the board. Follow the steps below and fix it :

Some runtime errors are reason by memory-related issues, and restarting is the fastest way to shut down everything currently running on your PC. This will free up previously used system resources for the programs that are throwing the error.

For example, some users report a runtime error when they use the NVIDIA GeForce Experience to check for graphics card updates. In this scenario, you would update the NVIDIA program.

If there isn’t a built-in method to check for an update, you may need to re-download it from the software manufacturer’s site.

The update process in the previous step may have done this, but if you’re still getting the error, it’s time to confirm removing the program completely and reinstalling it from scratch.

How can programmers prevent runtime errors?

If you are a software maker, GeeksforGeeks suggests several ways to avoid runtime errors. Follow that link to go deeper into the different types of runtime errors, with examples of why they’re occurring and what you can do to prevent them. Some improvements include avoiding variables that are not initialized, and not declaring too much stack memory.