What is assembler in computer ? 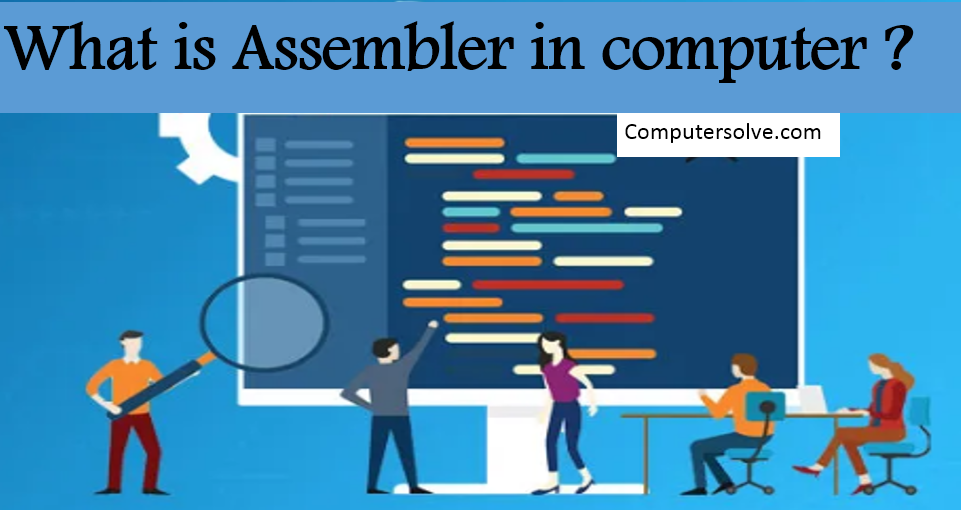 The Assembler is a type of Software that converts an assembly language code to machine code. It takes basic computer commands (before proceeding) and converts them into binary code that computer’s processor can further use to perform its operations.

The source program is a input of assembler that contains assembly language instructions. The output generated by assembler is the object code or machine code understandable by the computer.

How many types of assemblers are there?

There are two types of assemblers based on how many passes through the source are needed (more specifically how many times the assembler reads the source) to produce the object file.

A one pass assembler generates code and it leaves slot to be filled in for any undefined symbols and remembers it in a table or other data structure. Then where the symbol is defined, it fills in its value at the right place or places by using the information from the table.

What is an assembly in computer?

Assembly (in computer) refers to the building of a computer system. It is either to the specifications of a manufacturer or buyer. An assembly language is a low level language that gives instructions to the processors for different tasks.

It is specific for any processor. Since the machine language only consists of ‘0’s and ‘1’s so it is difficult to write a program in it. On the other hand, The assembly language is very close to a machine language but has a simpler language and code.

How does an assembler work?

The Assembler is a type of Software that is used to convert an assembly language code to machine code. To do so, It takes basic computer commands and further converts them into Binary Code that Computer’s Processor can use to perform its basic operations.