How to Connect Two Monitors to One Computer? 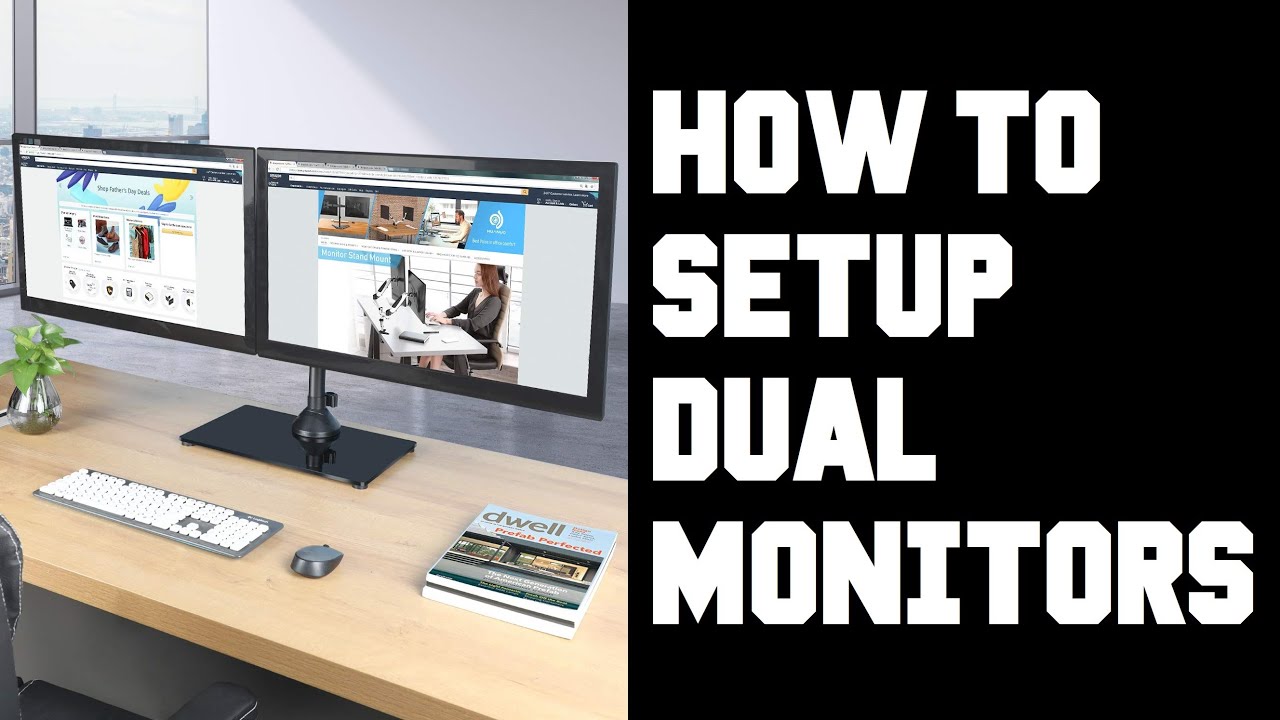 Running dual monitors is relatively easy and requires only a few connections and settings adjustments to complete. The dual monitor setup helps with your workflow by making an easy transition between separate but related tasks.

Turn on the computer and make sure your desktop computer must have at least two video ports which means one to connect the primary monitor and one to connect the second monitor. The ports do not have to match, but they do have to be a part of the same graphics card; this means that if you have two graphics cards installed, you’ll need to use the same one for both monitors.

Identify computer’s video output port. Video output ports are found on the side of a desktop computer, on the back of the tower next to the port into which your primary monitor is plugged.

Common output ports include the following:

If you have an exceptionally old monitor, you may find a DVI port on the back of your second monitor. DVI ports resemble white boxes with clusters of holes, as well as a section with a few separate holes.

Also Read – Can you use a TV as a computer monitor

If your computer and monitor have a common port (such as HDMI), it’s easier (and cheaper) to buy a cable that works for both ports, even if you have higher-resolution options.

If the monitor input does not match your computer’s output (for example, if your monitor uses VGA input while your computer uses HDMI output), you will need to purchase an adapter.

Other video output combinations, such as HDMI to DisplayPort, come as cables that you buy instead of an adapter.

Remember, if you’re using a desktop computer, this must be a video output port that is part of the same graphics card that your primary monitor uses.

Depending on your computer, you can see your desktop visibly on the second monitor when it is turned on.

What is Dock Station? Most docking stations can connect multiple monitors as they have more video ports, and once you connect it to your PC, you can switch its screen off and use your monitor instead.

About Casting Device – A casting device like google Chromecast can be easily used to cast the display screen.

Steps for using a google Chromecast are:

To cast your entire desktop, click on the Chromecast icon at the top right of your browser