What is Window in Computer? 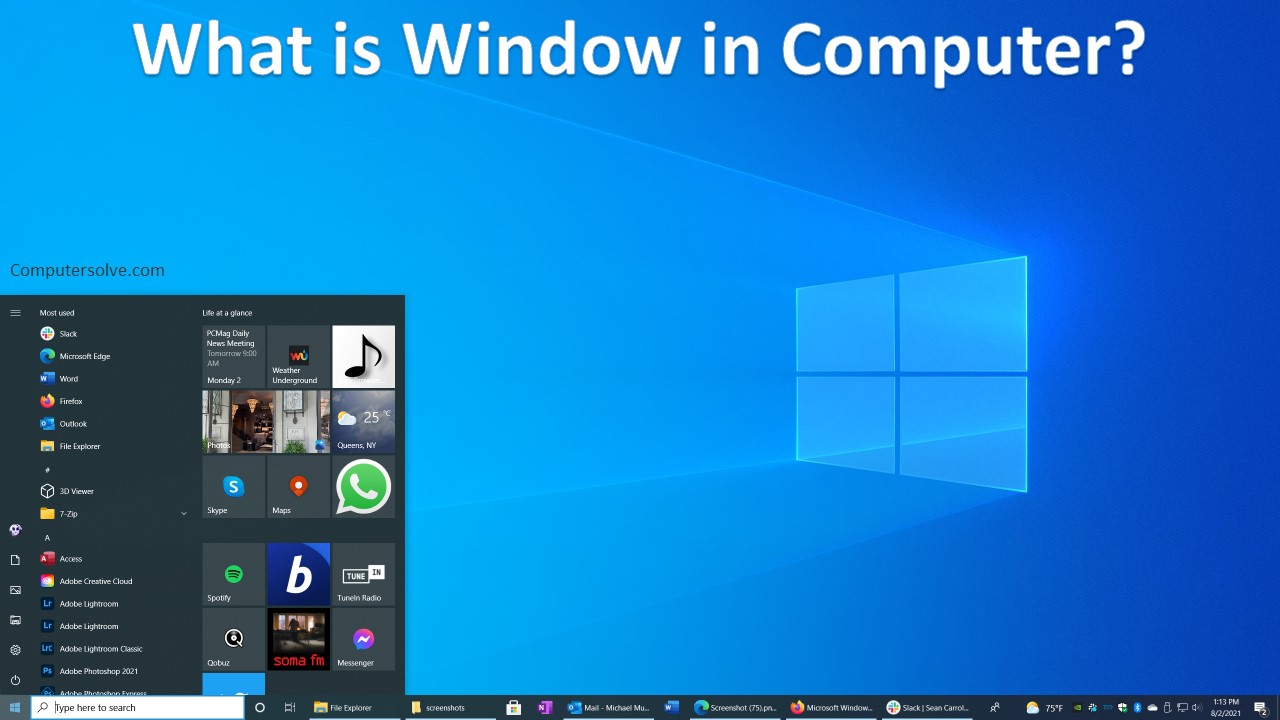 Editions of the Windows operating system

The two most common editions of Windows for computers are Windows Home and Windows Professional.

Windows Home is the most basic version of the OS. It includes all of Windows’ essential features, such as web surfing, Internet connection, video game play, office software use, and video viewing. It’s also less priced and comes pre-installed on a lot of new laptops.

Features of Windows in Computer

Microsoft Windows includes a wide array of features, tools, and applications to help get the most out of Windows and your computer. Some of its excellent features are as follows:

The Control Panel of windows allows the user to configure and manage the resources on their computer. For example, one can change settings for video, audio, printers, keyboard, mouse, network connections, power-saving options, installed applications, date and time, user accounts, and much more.

Cortana is a virtual assistant introduce in Windows 10 that accepts voice commands. It can perform various tasks such as it can answers your questions, searching data on your computer, online purchases, set reminders, and appointments, etc.

Device Manager which could be defined as a Control Panel that’s an extension of the Microsoft Management Console provides users with an organized, central view of the Windows-recognized hardware attached to a computer. This includes devices like keyboards, hard disk drives, USB devices, etc.

Disk cleanup is a maintenance utility that was developed by Microsoft for its Windows operating system. The utility scans your computer’s hard drive for files that you no longer need such as temporary files, cached webpages, and rejected items that end up in your system’s Recycle Bin. To open Disk Cleanup, follow the below steps:

Task managers are used to reviewing which applications and background processes are running, as well as to stopping an app that is not responding. See Ctrl-Alt-Del, Command-Option-Escape, Win Task Manager, and task management.

Note: Press the Windows key on the keyboard or Ctrl+Esc keyboard shortcut to open the Start menu.

It is easy software to view, create, or edit an image. It allows several tools to edit or draw images like resize, crop, and save an image with a distinct file extension. The program opens and saves files in Windows bitmap (BMP), JPEG, GIF, PNG, and single-page TIFF formats.

Versions of the Windows Operating System

What is the latest windows version?